Boasting many of the worlds tallest mountains, it's not difficult to understand why Nepal draws so many trekkers every year. Its wild and beautiful scenery with towering mountains, deep valleys and winding rivers make it a hugely popular destination for hikers and climbers alike. Here are our top 10: 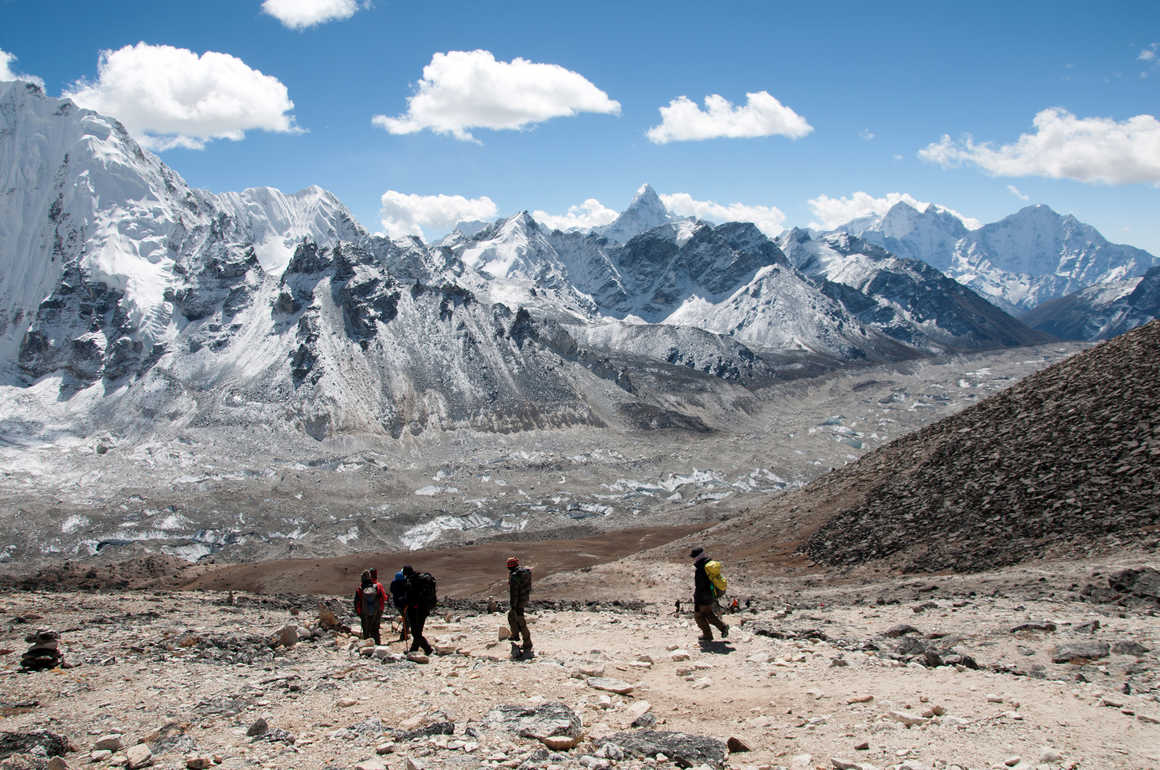 Drawing almost 30,000 trekkers a year, the classic Everest Base Camp trek is the most popular trek in Nepal and for good reason. This iconic route follows the route pioneered by Hillary and Tenzing during their successful summit bid in 1953. The trek sets off from Lukla and follows the Khumbu Valley past cultivated land, Sherpa villages and Buddhist monasteries before heading deep into mountainous terrain. The view of Mt. Everest from Kala Patthar is probably the best in the region. Once at Base Camp you will be able to view the infamous Khumbu Ice fall up close.

TAKE ME TO EVEREST BASE CAMP 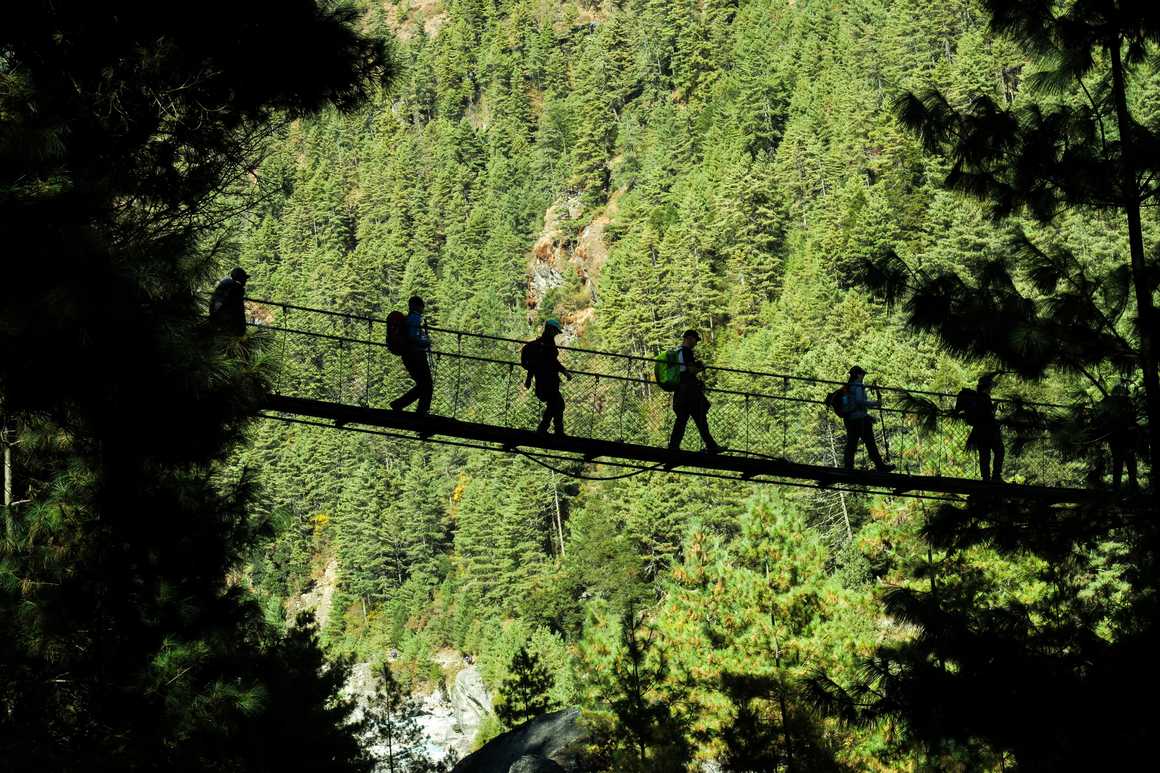 Consistently ranked as one of the best treks in the world, the Annapurna Circuit trek is the most popular trek in the Annapurna region. The trek is notable for the variety of scenery it passes through. Beginning at Besi Sahar, the trail takes you through sub-tropical meadows before ascending up into some incredible alpine peaks where you reach the famous Thorung La Pass at 5,416m - the highest point of the trek. From there the trail wends its way down into the Mustang region where it becomes far drier and semi-arid.

TAKE ON THE ANNAPURNA CIRCUIT 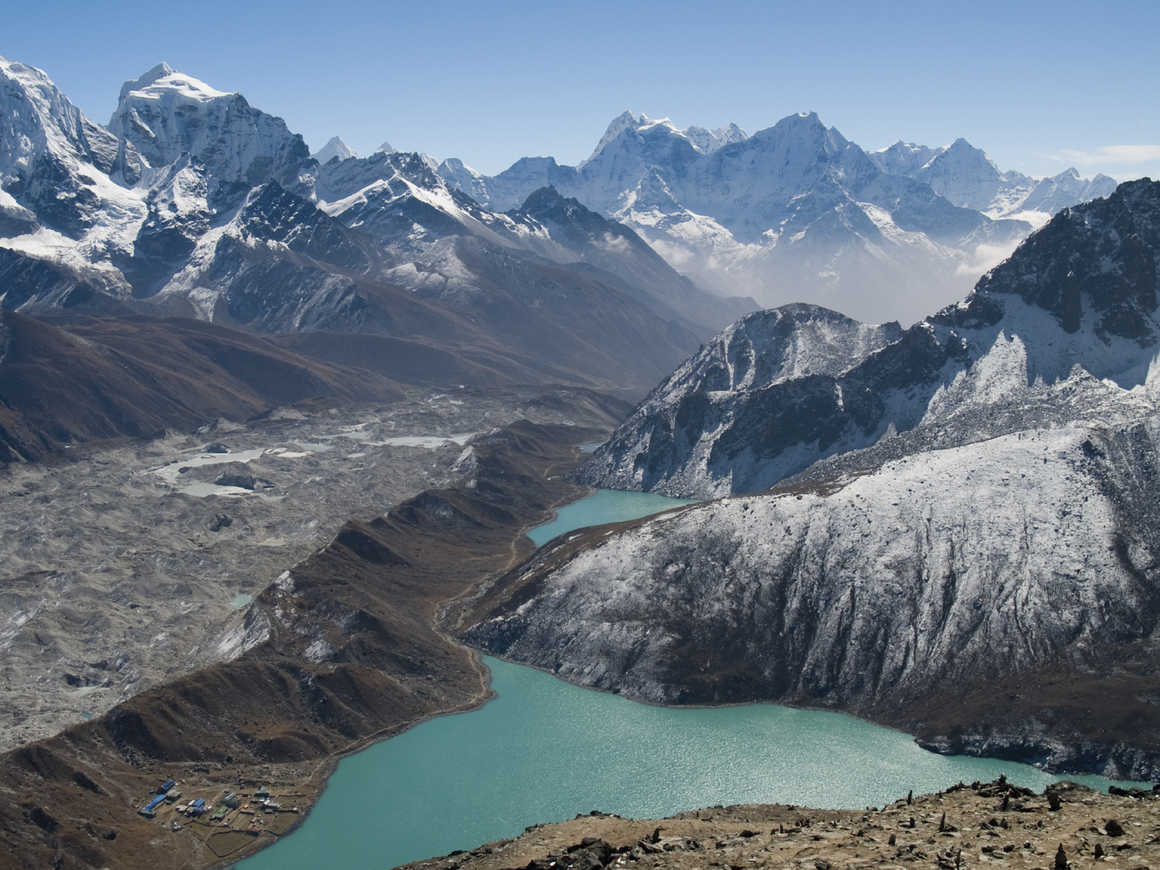 Far less crowded than the classic Everest Base Camp trek, the Gokyo Lakes trek is perfect for the adventurous trekker or for hikers with a little more time. This trek also has the added benefit of not back-tracking on itself as it returns via the standard Everest Base Camp route. Beginning at Lukla, the trek diverts from the classic route just after Namche and heads up through the Dudh Koshi valley before finally reaching Gokyo. Here you will see the 5 beautiful iridescent turquoise holy lakes that reflect the surrounding mountains like a mirror! At Gokyo you can climb Gokyo Ri, a beautiful mountain that gives you stunning vistas of Cho Oyu and Everest. From Gokyo you ascend up over the Cho La Pass - one of the most incredible passes in the Khumbu region, before reaching Base Camp.

Arguably one of the best treks in Nepal, the Manaslu Circuit trek receives less than 2,000 trekkers a year and provides a simply stunning array of landscapes as it passes through 8 climatic zones! The circuit trek wends its way through 8 peaks, including Manaslu - the the 8th highest mountain on Earth standing at 26,781 feet. One of the main highlights is passing over the Larkya La pass which, at over 5,000m, is widely believed to be one of the most spectacular and dramatic passes in the Himalayas. Because the path is generally above 10,000 feet, there is often snow on the ground, however, the path is not steep and can be trekked by novice trekkers.

MORE ABOUT THE MANASLU TREK 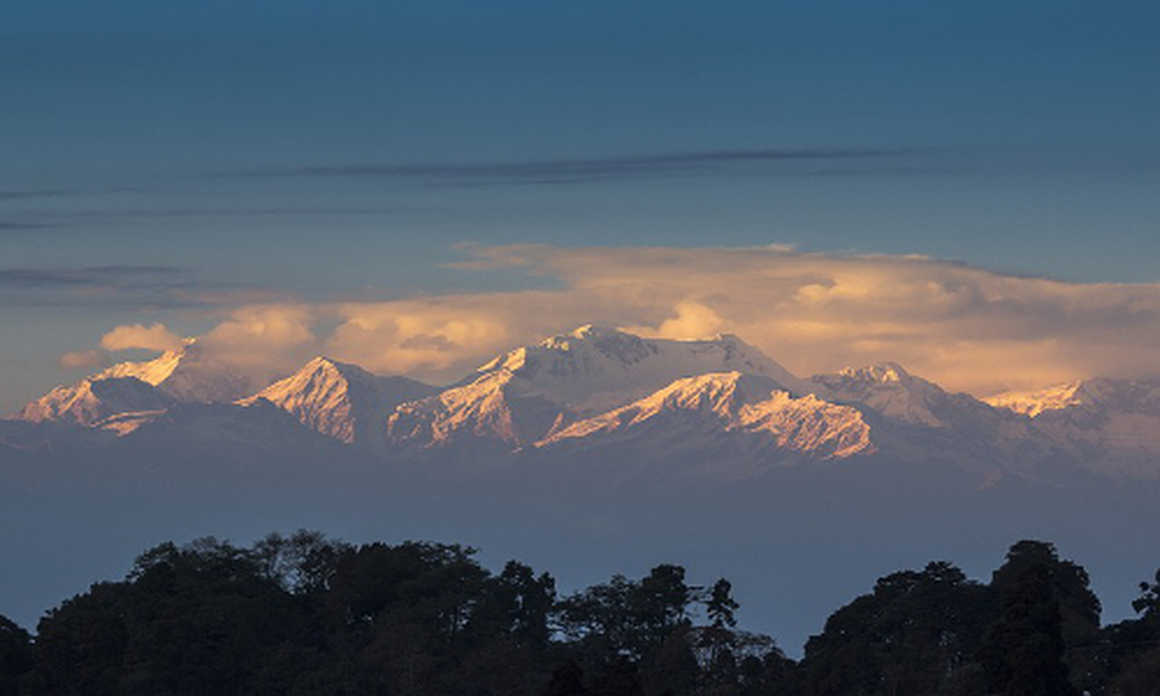 Standing at 28,169 feet, Kachenjunga is the 3rd highest mountain on earth and the second highest in Nepal. Kachenjunga means 'five great treasure houses of the snow' and is a holy place to its local inhabitants. Due to this, people are not allowed on its summit. The mountain itself is straddled by 5 smaller peaks that dominate the vista when trekking. This is a great trek to see Red Pandas as a quarter of all Red Pandas in Nepal are found in the Kachenjunga Region. The rare wildlife, Rhododendron forests and, of course, stunning mountain views are what attract trekkers to this region. 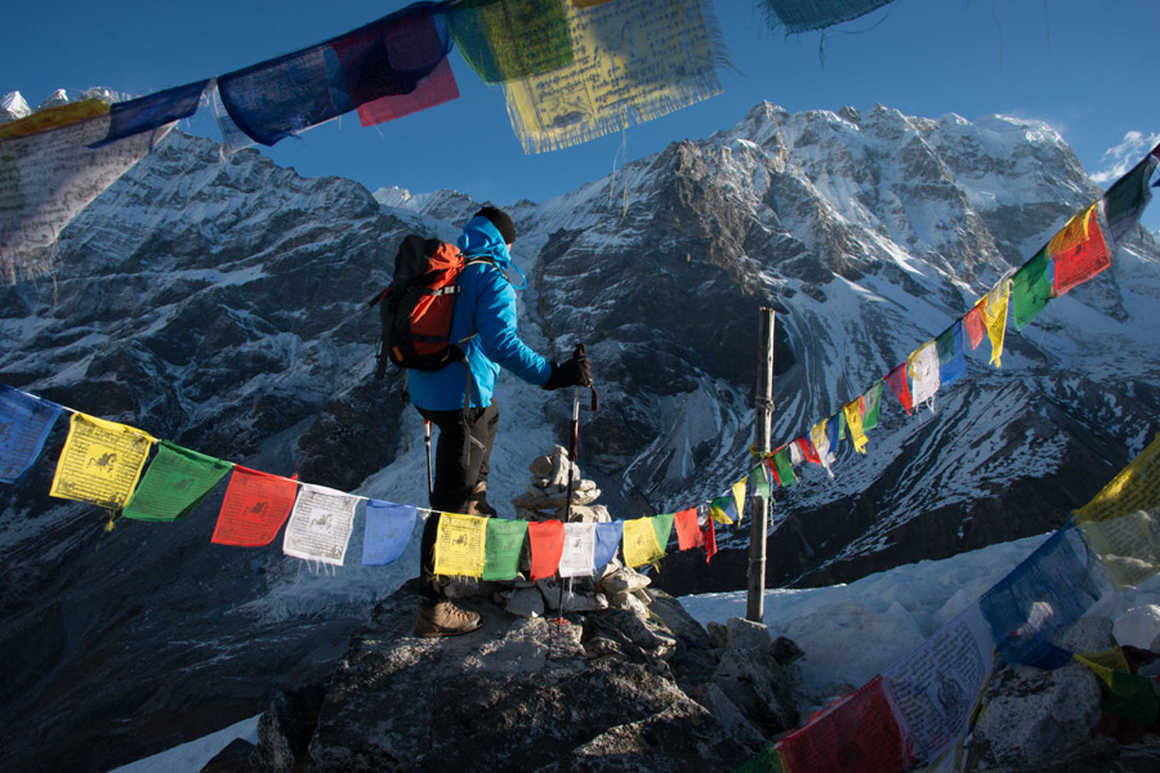 A fairly easy trek, the travel writer Bill Tilman (1898-1977) described the Langtang Valley as "one of the world's most beautiful valleys". Although generally trekked at a low altitude, the Langtang Valley trek combines beautiful scenery with a strong cultural mix. The highlight is the view of the Langtang Lirung range which is an incredible vista! The trek is only 20 miles from Kathmandu and easily accessible. Don't be fooled though, this is one of the wildest parts of Nepal and this is a very 'off the beaten path' trek.

SHOW ME MORE ABOUT LANGTANG 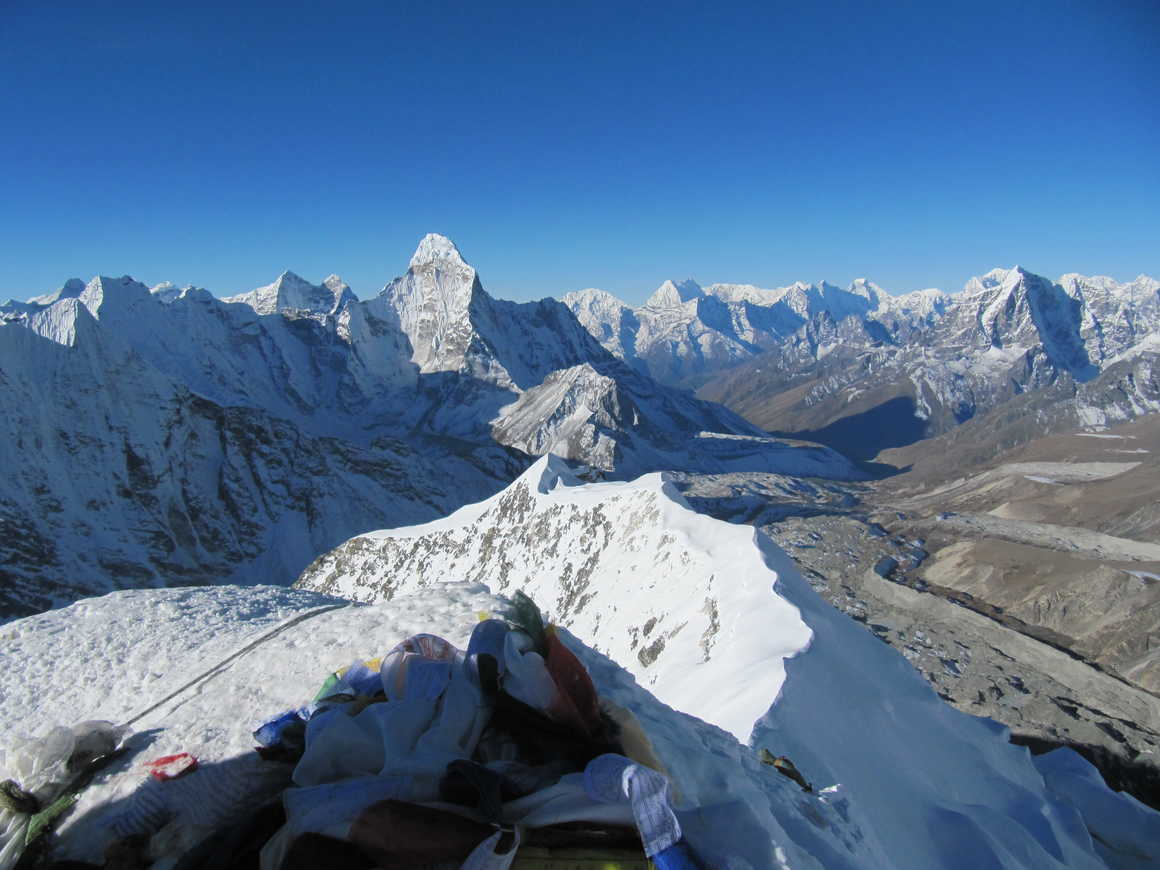 The Island Peak climb combines the classic Everest Base Camp trek with the opportunity to summit Island Peak - a proper Himalaya mountain standing at over 6,000m in height. Although the climb is physically demanding, no technical skills are necessary and this climb can be achieved by anyone with a good fitness level. We have professional Sherpas (who have summited Everest!) to guide you up and lay the ropes. The view from the top is nothing short of breath-taking and you can see, not only Everest, but Lohtse, Ama Dablam and Mera peak also.

CHECK OUT THE FULL ITINERARY 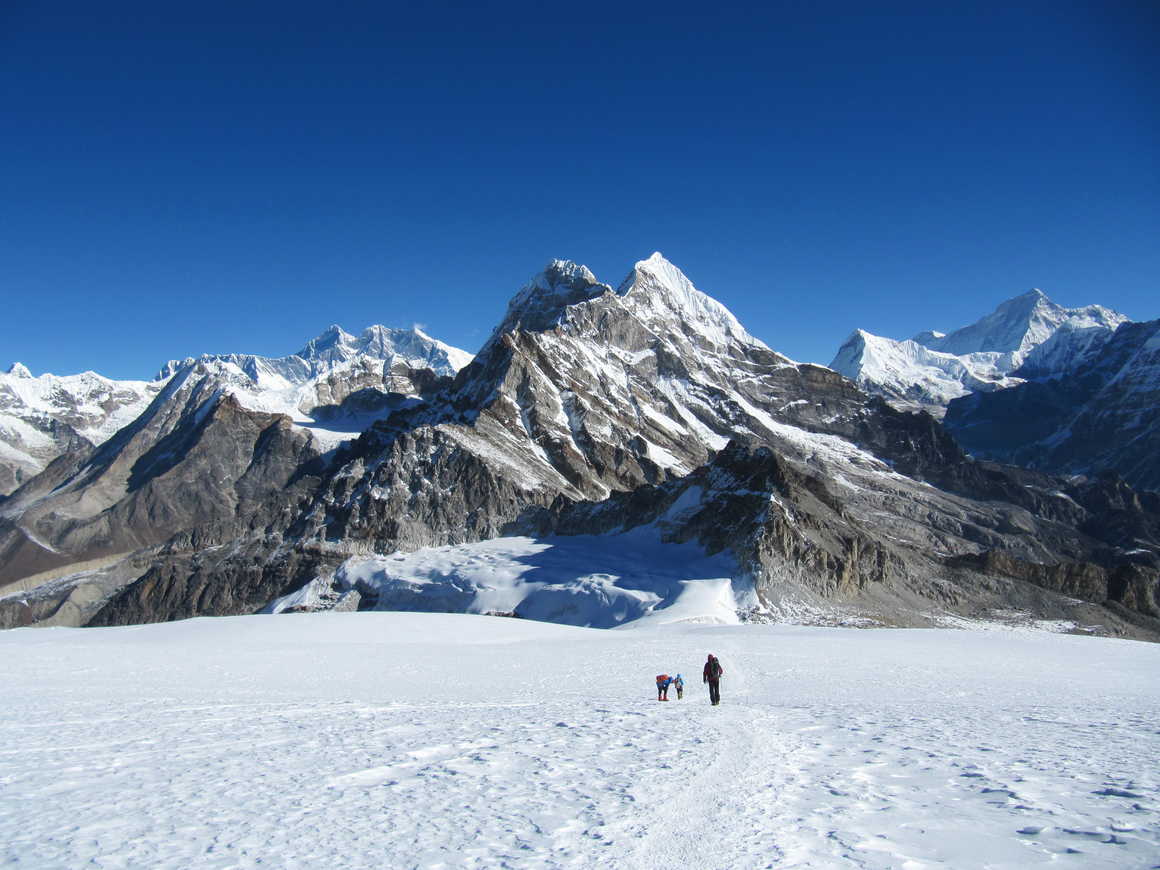 Like the Island Peak trek, the Mera Peak trek gives you the opportunity to climb an enormous Himalayan mountain. At 6,674m high, Mera Peak is the highest trekking peak in Nepal. The views of Everest from the top are unbeatable and the quiet approach to Mera through the Arun Valley is both beautiful and tranquil. Like Island Peak, no technical climbing skills are needed and our Sherpas will be with you every step of the way. 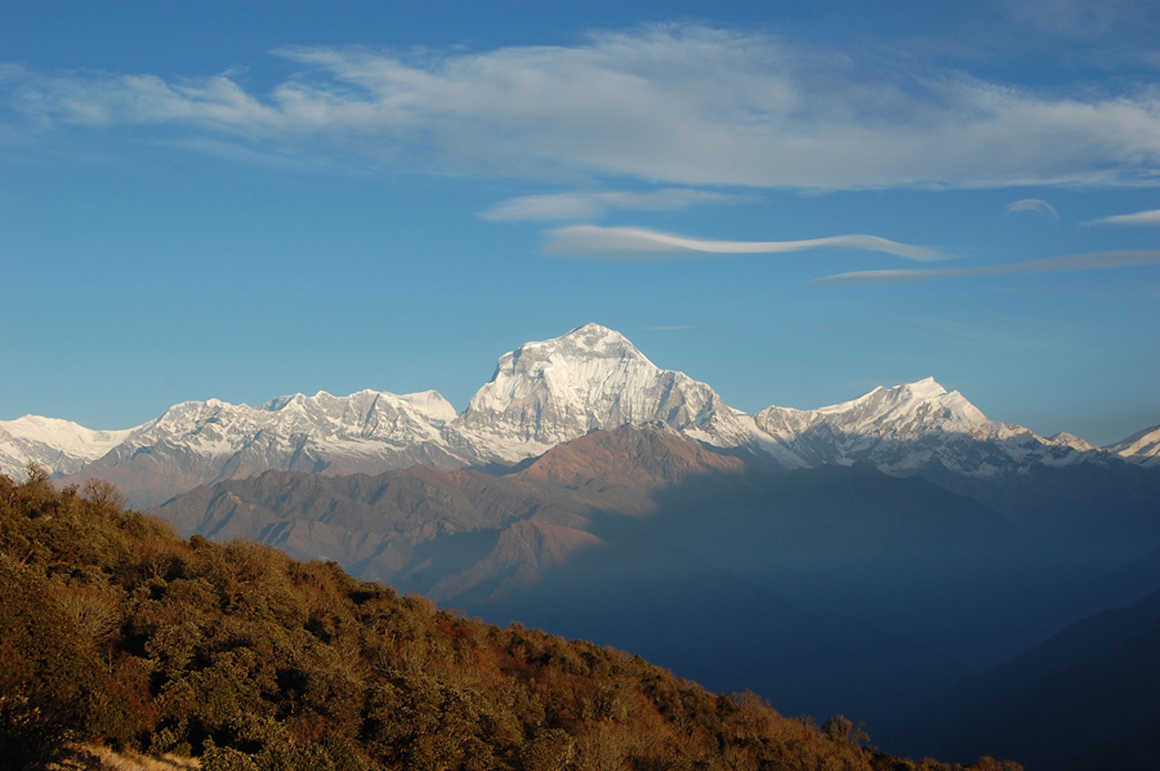 Perfect for the novice trekker or for travellers with not much time. You begin your Poon Hill trek near Pokhara and meander your away along winding rivers and deep gorges in sub-tropical forests before ascending up Poon Hill. After summiting Poon Hill you are rewarded with a simply incredible vista of the surrounding region, including Dhaulagiri, Annapurnas and Machhapuchchre! You then descend down towards Tadapani through lush forests of Rhododendrons and back towards Pokhara on a circular route. 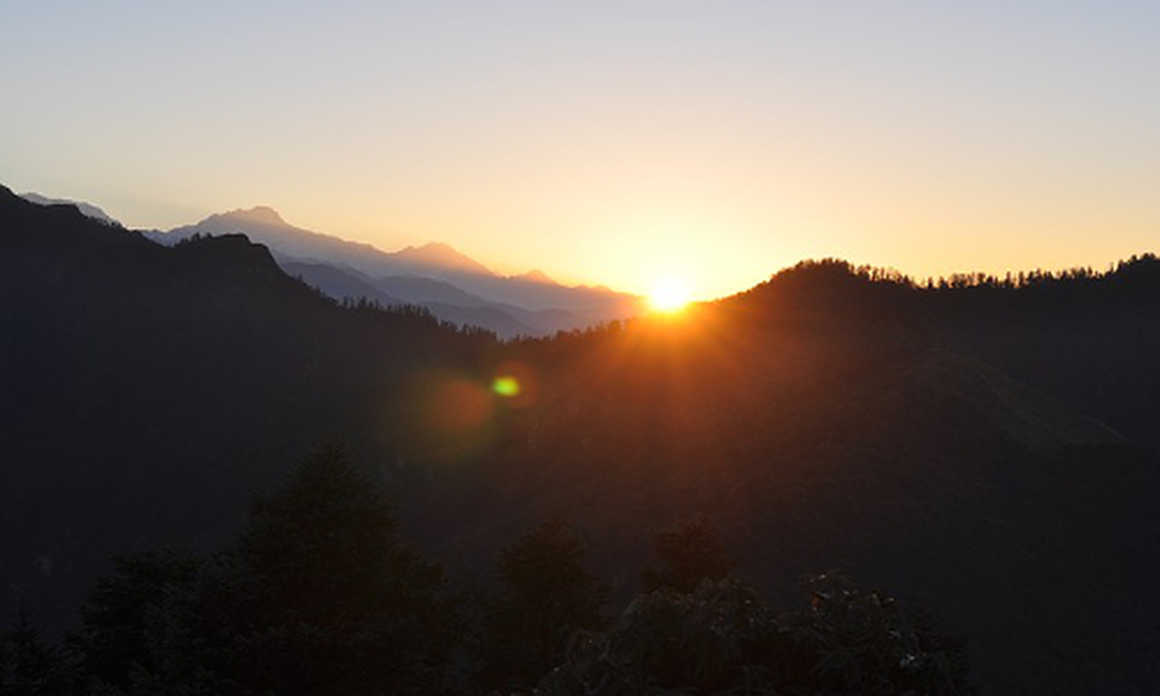 One of the easiest and shortest treks in Nepal, the Royal trek is so named because it is where Prince Charles and his retinue explored the route in 1981. Commencing at Pokhara, the route takes a trail through lovely hamlets and beautiful green valleys. The rice terraces dug into the surrounding hill sides should not be missed! The trek is very much 'off the beaten path' and the surrounding villages have been there for hundreds of years, making this trek a very cultural experience. The trek culminates at the beautiful, south-east of the Pokhara Valley.

DISCOVER YOUR NEPAL ADVENTURE
Follow us on
Trustpilot
Newsletter