THINKING OF HIKING THE ANNAPURNA CIRCUIT?

It is important to plan for a number of factors, most critical of which is the climate and weather. This is particularly important when visiting Nepal where temperatures and rainfall can vary in the extreme depending on the season and region.

Generally ranked as one of the greatest treks in the world, the Annapurna Circuit trek is by far the most popular trek in the Annapurna region of Nepal. The trek is famous for its variety of scenery and climatic changes. Starting at Besi Sahar, the trek takes you through sub-tropical meadows before ascending up into some stunning alpine peaks where you eventually reach the magnificent Thorong La Pass which, at 5,416m, is the highest point of the trek. From Thorong La Pass the trails winds its way downwards into the wild Mustang region where the scenery becomes semi-arid. 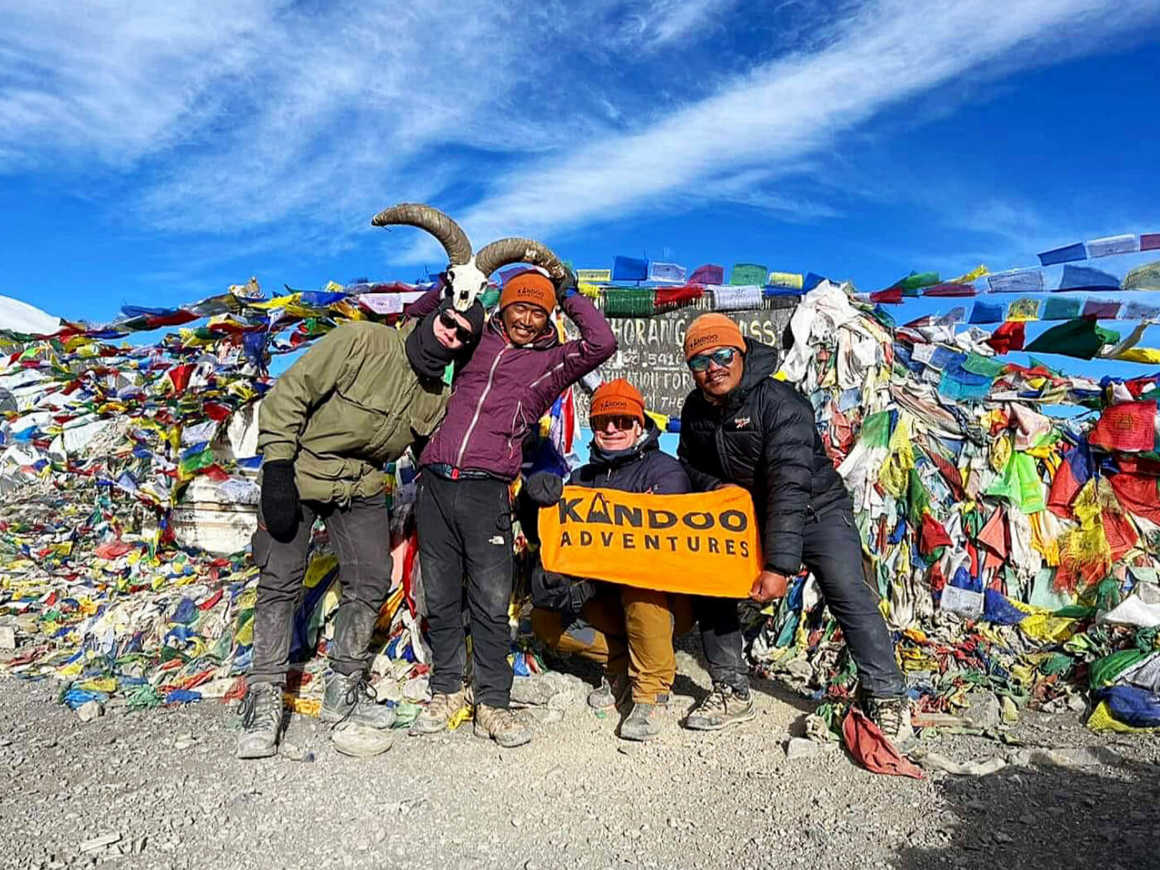 Because of its location, the northern area of the Annapurna region receives much less rain than most parts of the Himalaya which means that trekking can be pursued all year-round, even during the monsoon period. The best time to trek the Annapurna Circuit really depends on two things - weather and crowds. The drier seasons attract far more crowds whilst the wetter seasons, although fairly crowd free, can obviously be very cold and damp with views often obscured by clouds.

Like Europe and North America, weather in the Annapurna region can be separated into 4 distinct seasons, however the rain pattern is quite different and should be taken into account before trekking the circuit.

October to November is the most popular trekking season in Nepal. It is the period just after the monsoon season when everything is refreshed, washed clean and vibrant. The weather is still warm during this period, even above 3,000 metres, and views over the mountains are usually stunning and clear. Night time temperatures will still get below zero, but the clear night skies filled with a billion bright stars will make up for this! Because of its popularity, this is the busiest period on the Annapurna Circuit and tea-houses book up quickly, we therefore recommend booking with Kandoo Adventures as early as possible.

Although more quiet, this is the coldest period in the Annapurna Region. Day time temperatures will be cool and the temperature over night will get well below zero depending on your altitude. At over 5,000 metres, Thorung La Pass is often deluged with snow and will close for days on end when this happens. Tea-houses remain open during this period unless snow closes the track. During this period views are often obscured by heavy cloud, however, there are still frequently clear days where vistas are at their best. Trekking in the spring between mid-March and mid-April means you will see the incredible displays of Rhododendrons that flower in the forests around Ghorepani. The Rhododendrons are a truly incredible sight as they bring entire hillsides alive with flames of red, white and pink. Please remember that spring time is also the period in the Annapurna Region when avalanches are most common.

WHAT TO PACK FOR YOUR NEPAL ADVENTURE

As the weather warms, trekkers once again take to the mountains making this period the second most popular trekking season in the Annapurna Region. By April much of the snow and cloud has dissipated, leaving the views crystal clear. A strange haze appears over the mountains during May, however, this is only visible at low altitudes and the sky becomes vividly clear once you reach the higher altitudes near Thorung La Pass. The heat generally builds throughout May as the monsoon season approaches and trekking at low altitudes can get uncomfortably hot, especially in the Mustang Region of the Annapurna Circuit. You'll need to make sure you wear layers and take in liquid on a regular basis.

Around Mid-June the monsoon period reaches the Annapurna Region. Although torrential downpours, plagues of leeches and mud-slides make the monsoon period generally untrekkable throughout Nepal, this is not  true of the Annapurna Region where rainfall, especially in the north, is far lower than most other regions. The southern region of the Annapurna, particularly around the Pokhara area, certainly gets a lot of rain during this period and the Rhododendron forests around Ghorepani are rife with leeches. However, the northern sections of the Annapurna Circuit around the Mustang Region gets far less rain as it lies within a rain-shadow area where the mountains protect the area from the major forces of the monsoon. To put it in perspective, Pokhara gets 800mm of rain per month on average during the monsoon period, whilst areas like Jomsom and Marpha get less than 60mm! Therefore, if you are willing to put up with rain on some parts of your trek, the Annapurna Circuit remains a fairly good trekking option during the monsoon period. The added benefits of trekking during this period is, of course, far less crowds and many of the flora species flower at this time, making the trek particularly beautiful.

Please note though that rain clouds will often obscure the vistas and mud-slides are quiet common around the entire circuit.