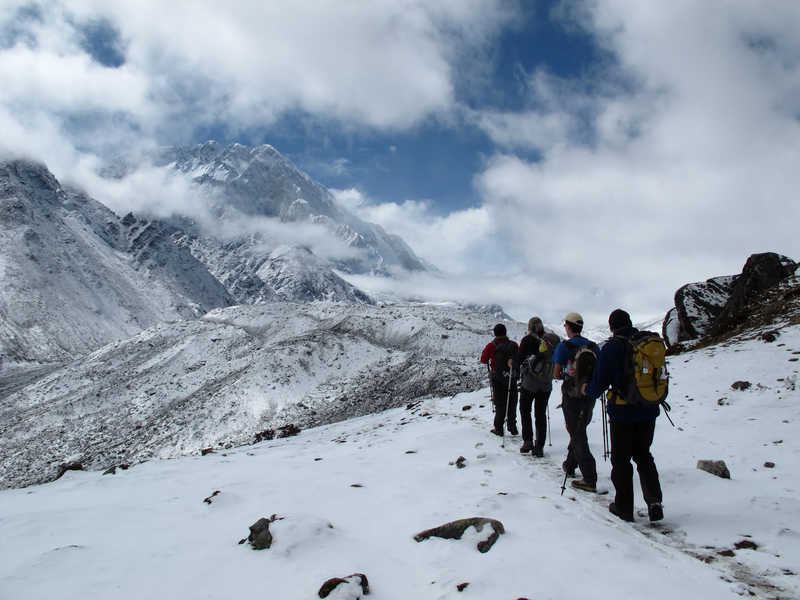 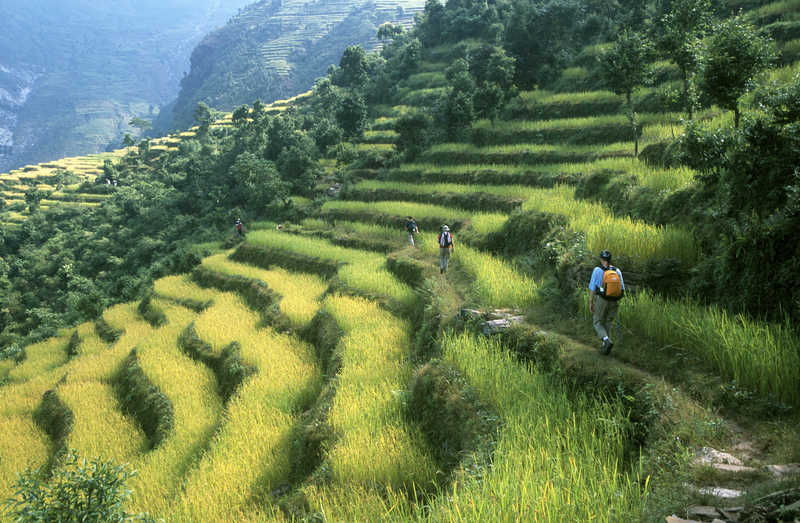 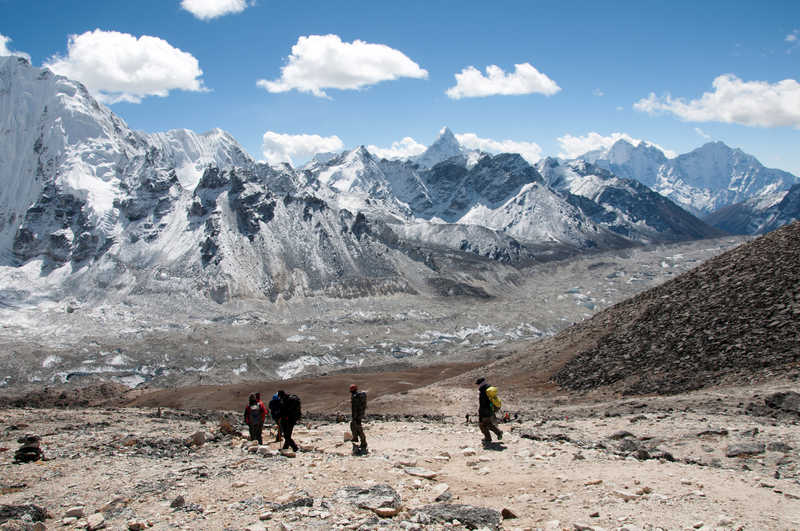 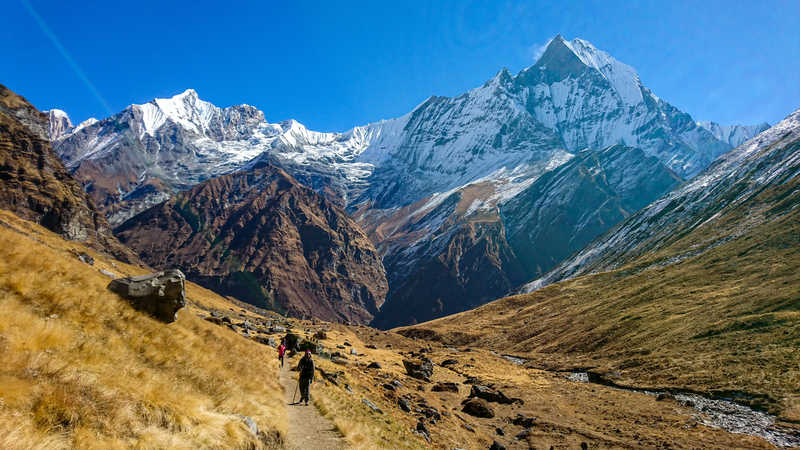 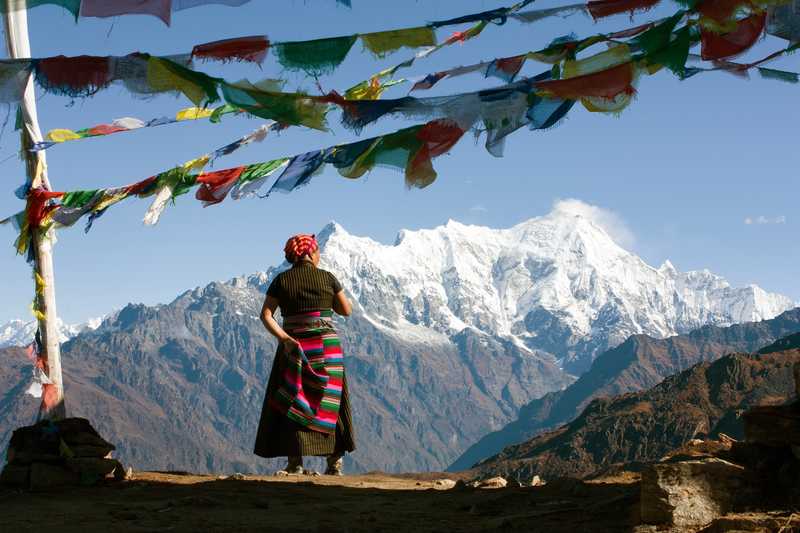 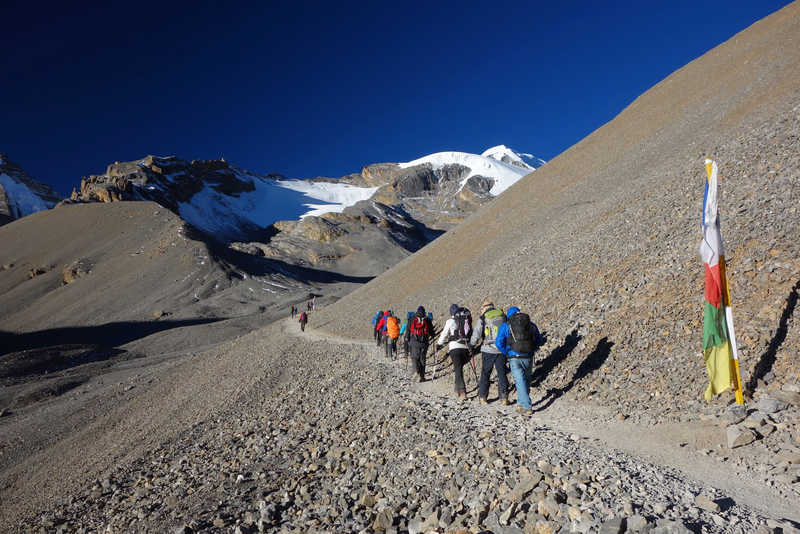 Nepal, or rather the Federal Democratic Republic of Nepal is located in South Asia. It is home to over 26 million people, many of which live in the capital - Kathmandu. The country lies between China/ Tibet and India. The language that is mostly spoken in Nepal is called Nepali. However, it isn't uncommon to encounter some of the tribal languages. Travellers from abroad don't have to worry, as English is also commonly used, especially in the more touristy areas, such as the capital and the Everest Base Camp.

Nepal (also often called 'the roof of the world' due to the fact that it is the highest country on the planet) is a hiking paradise with some of the highest mountains in the world, amazing scenery and incredible tracks leading across them.

This is why it shouldn't come as a surprise that it is one of the destinations to which travellers go back and back again - including the Kandoo's team that continues to travel to Nepal once in a while, presenting the Nepali culture to others.

There is so much great trekking to do and such friendly people! Nepal offers adventurous visitors the possibility of contrasting mountain trekking, sightseeing culture development and natural interpretation in ways that are world-famous and truly unforgettable.

First-time trekkers in Nepal are always wowed by the trek to Everest base camp, and once you have got the taste for the Himalayas, there is so much more you can do.

There are 10 mountain regions in Nepal but many of these are very remote and almost nobody visits them, so trekking in Nepal really focuses on two regions - the Everest region (with its marvellous Everest Base Camp), often referred to as the Khumbu after the main valley coming down from Mount Everest, and the Annapurna region.

If you look up at the peaks when you are trekking and fancy trying to summit one, then there are also some great climbs like Island Peak or Mera Peak. These are perfect for a first climbing adventure, and with our experienced guides, you know you are in really safe hands.

However, Nepal has so much more to offer than only hiking and trekking. The country is home to one of the most important pilgrimage locations for Buddhists - the UNESCO World Heritage Site of Lumbini, which is a temple complex in which Gautama Buddha once lived.

What's more, aside from Buddhism, Hinduism also plays a significant role in Nepal, which can be seen due to several Hindu temples that are scattered all over the country - although some of them got damaged in 2015, during the earthquakes.

Another thing really worth mentioning and visiting is the capital of the country - Kathmandu. Sitting in between China and India, the city shows a perfect cultural crossover between those two nations - the influence of both countries can be seen not only in the architecture but also in the cuisine. However, the Western culture is also not forgotten, and the locals, as well as travellers during their trips to Nepal, can get a taste of it in the Thamel district, which is full of bars.

For the ultimate Nepal adventure, book now with Kandoo, the high altitude experts.