If you’re familiar with our blogs, you’ll know that we like to take a light-hearted approach to telling you inspiring stuff about high-altitude trekking. Sometimes, though, there are subjects that we need to take a little more seriously. First up, this excerpt from the Evening Standard back in Friday 31 March 2017 underlines a key problem you have heard of:

'A major clean-up operation is under way on Mount Everest as climbers help to remove tonnes of waste. Rubbish, human waste and old equipment including tents and bags litter the world’s highest mountain. The Nepal government and Everest expedition organisers are now asking climbers to pick up rubbish and leave it in canvas bags at a camping site on the Himalayan mountain. […] More than 16 tonnes of litter has previously been removed from the mountain, sometimes described as the “world’s highest garbage dump”.'

Now I don’t know about you, but reading that makes us feel a little bit sad. There really is NO EXCUSE for littering Mount Everest. Not that this problem is confined to the world’s most iconic mountain.

According to a 2016 report by the United Nations, visitors to Peru’s Machu Picchu leave behind an estimated 14 tonnes of rubbish – including fruit peel and cores, plastic bottles and drinks cans – every single day.  In fact, to some degree, every great high-altitude trekking destination is going to be impacted by the presence of visitors.

We want to make sure that we only make a positive impact on the places we visit. Neither the Inca Trail, Kilimanjaro, Aconcagua nor any other trekking destination are rubbish dumps; it’s our privilege to have the opportunity to trek them, and our responsibility is to leave them for others to enjoy after us. We can enjoy the world without harming it: it’s all about responsible travel... 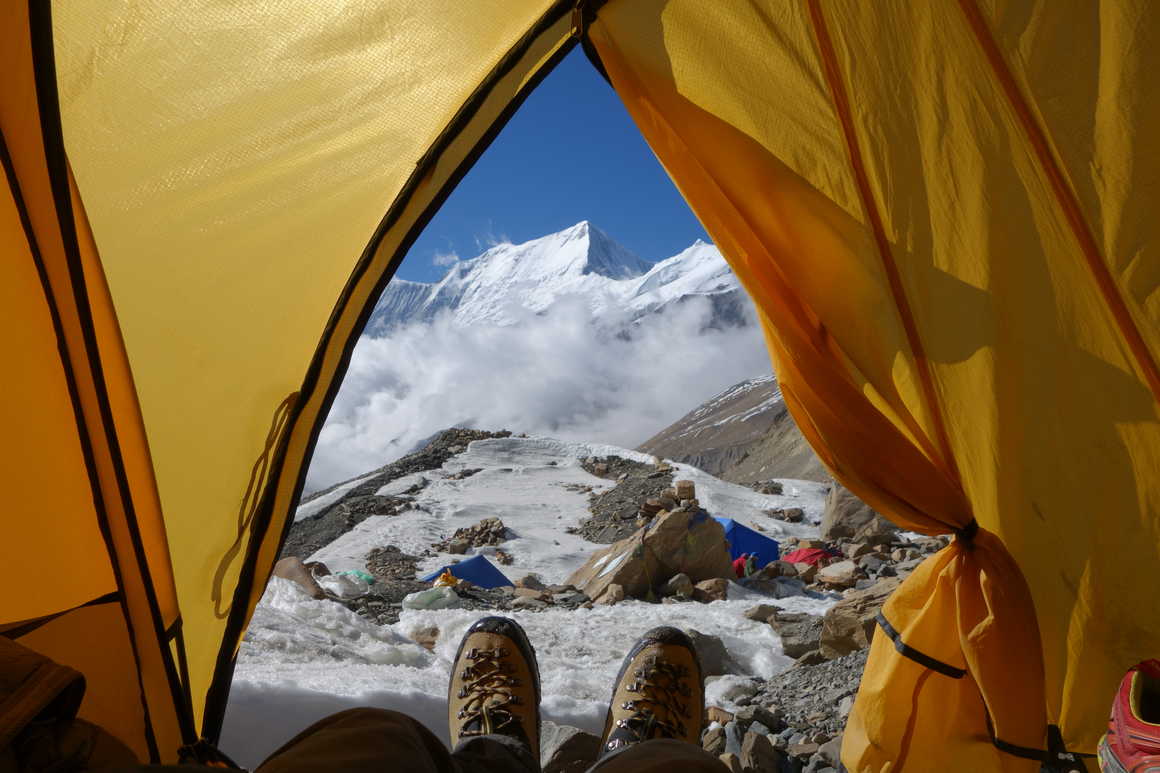 In tourist gift shops across the world you’ll find shirts, beer mats, tea-towels and other items bearing the sentiment “Take only memories, leave only footprints”. Not a phrase that will be everyones taste, but those six words pretty much sum up the core of responsible travel.

There’s a bit more to travelling and trekking responsibly than taking memories and leaving footprints. For example, high-altitude trekking typically involves jetting off to exotic faraway places such as Bhutan, Tanzania or Nepal. Every destination has its own cultures, customs and laws that should be respected by visitors. These can be anything from not pinching seashells from a beach or picking local wild flowers to making sure that you dress appropriately or remove your shoes before entering a sacred site.

It’s always a good idea to read up on a place before you visit, to give you some good insight into what to expect and how to ‘do the responsible thing’ when you get there. Additionally we’ve put together a handy list of general tips that will help you to put your best trekking foot forward when it comes to being a responsible traveller:

Take ownership of your trash

It’s a no-brainer. Try not to bring excessive rubbish with you in the first place, never ever drop litter, and keep your waste with you until you can dispose of it properly. Even if this means bagging and lugging your own poo (remember, a lot of high-altitude trekking means camping out in remote places where there are no loo facilities).
Now, if that sounds a bit grim to you, it’s not as grim as accidentally "encountering" the poo of someone else that couldn’t be bothered to clean up after themselves. If there are no available facilities for appropriately taking care of waste or rubbish, the responsible way to go is: pick it up, bag it and dispose of it responsibly.

WHY IS HIKING GOOD FOR YOU?

As far as possible, use environmentally friendly products

Wet wipes, it turns out, are a no-no because they contain non-biodegradable plastic. Did you know that wet wipes are a major constituent of the gigantic ‘fatbergs’ that are increasingly blocking the developed world’s sewage systems?  So: natural insect repellents, sun creams, toiletries and other disposables are the order of the day if you want those fabulous treks to stay fabulous and healthy for the trekkers that follow you.

You can find some fantastic items (trekking snacks, souvenirs etc.) at local markets and independent shops and usually at a good price too. Skip the multinational coffee shop chain and spend your money in the local café or tea house instead. Take care when buying souvenirs though; animal products (anything with fur or ivory, for example) are best avoided as are items made from rare or endangered resources such as coral or hardwoods such as African teak, ebony or satinwood.

Treat your hosts with respect

Instead of snapping away at people, it’s only polite to ask your subject’s permission before taking their photo. And be aware that you can’t use your camera everywhere; photography is often prohibited in, for example, holy or sacred places. Be aware of personal space – in some cultures people can be very ‘touchy feely’ whilst in others they prefer a little distance.
In a nutshell, it’s always a good idea to treat other people in the same way you’d want to be treated yourself. 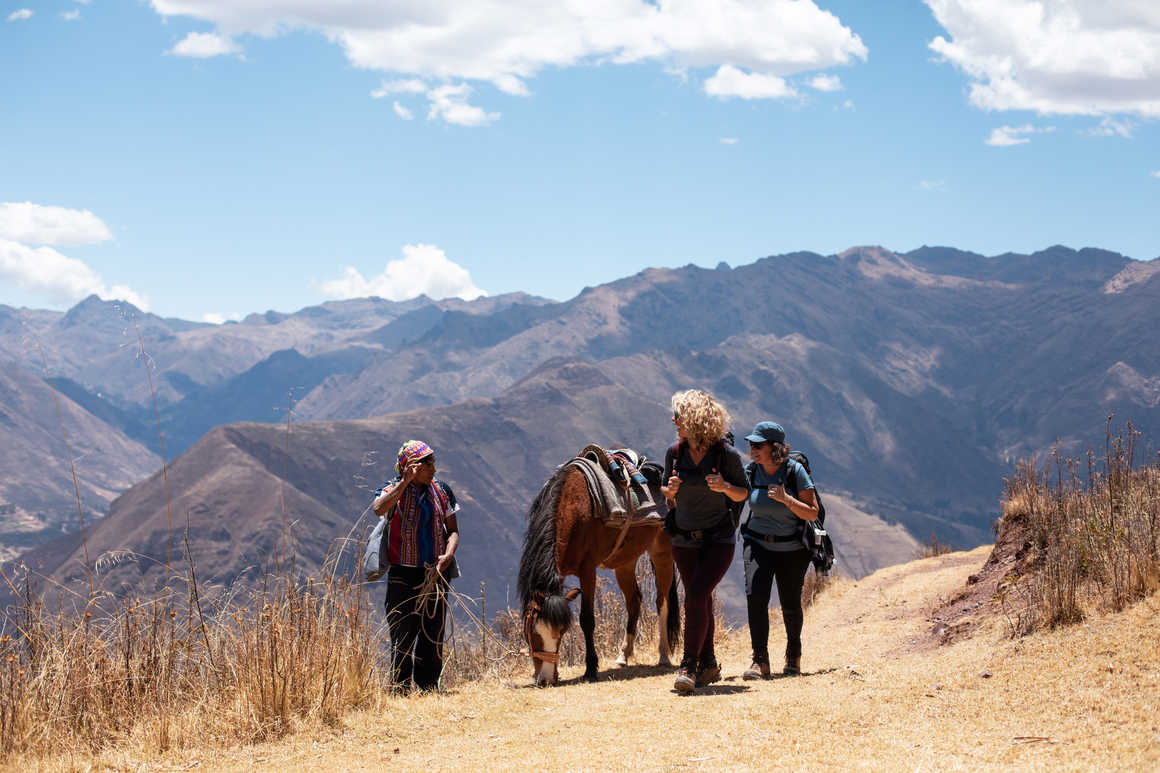 Guess what? Not every remote village in Africa, for example, has access to free-flowing hot and cold water plumbed directly into homes. Water is just one commodity that might be scarce in some of the communities you’ll visit whilst on a mountain trekking expedition. Stuff that is easily obtainable and taken for granted at home may not be at your destination, so check before using something willy-nilly that it’s not in short supply or will be difficult to replace.

Trek with a company that is environmentally, culturally and ethically responsible

Realistically, you’re going to need the help and support of a professional tour operator to make the arrangements for your high-altitude trekking trip. There are plenty to choose from but, as with everything in life, some are better than others. If you don’t want the world’s greatest trekking destinations to end up looking like post-apocalyptic landfill sites, we’d suggest it’s a great idea to shop around for a tour operator that takes responsible travel seriously. You know where this is going, don’t you…?

Here's why Kandoo Adventures is a top choice for responsible travellers and trekkers like yourself.

We have our own charitable enterprise (Kandoo Foundation) that supports the communities in which the people who help us and their families live, around the world; we’re committed to paying our porters and crew proper wages and treating them with dignity and respect; we’re BIG into conservation;  and we’re proud supporters of the ‘Leave No Trace’ and ‘Travellers Against Plastic’ campaigns.

Several of our destinations are home to our own offices run by and employing local people. This ensures that our business supports a number of the local communities we work in and keeps our carbon footprint low by not flying out staff each season to run tours.

If you want to enjoy the best possible mountain trekking experience without harming your destination’s environment or inhabitants, all you have to do is give us a shout. It’s the responsible thing to do.