Kilimanjaro National Park is open all-year-round, but conditions differ throughout the year so you may wish to spend some time contemplating the best time to climb Kilimanjaro, assuming you have some say in the matter and are not at the mercy of other commitments such as that sordid thing, work. 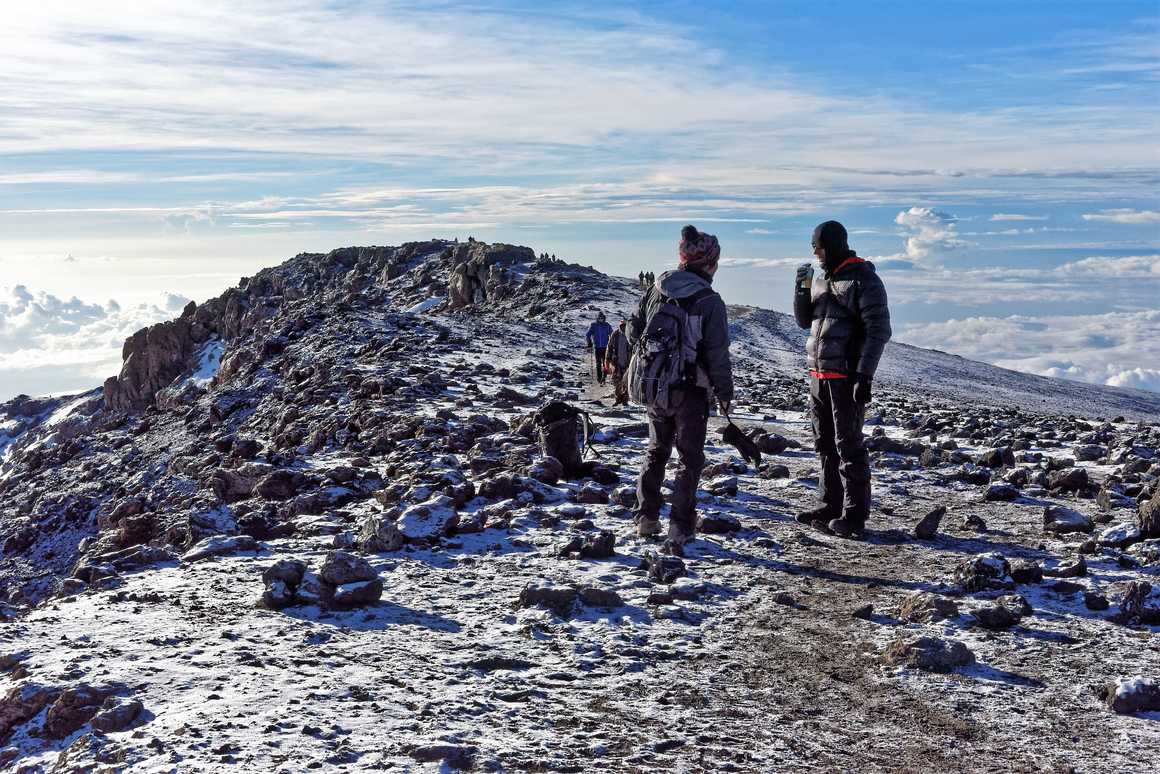 The start of the year

From December to March, it is usually dry with clear skies that make for great views, but colder with a higher chance of snow. Bring a bandana, because there's much dust. You can expect to share the mountain with a few thousand like-minded souls. Often, more people climb Kilimanjaro around Christmas and New Year than at any other time of the year. January is warmer. The temperature drops somewhat towards the end of February. If you choose March, try to go in the first two weeks, as it gets cloudy at the close of the month.

April to May sees long rains, increasing the chance of mishap. Trails are sure to be muddy, visibility might be reduced by the cloud cover and only the Machame and Marangu gates will be accessible. But there are no crowds - the highly-commercialised Machame route could be close to empty. The snow cover on the peak is beautiful, and there are those who feel this is essential for a true alpine experience as they climb Kilimanjaro. Some tour operators offer discounted prices during the rainy seasons and the lack of crowds could enable you to better appreciate the mountain's beauty. But hiking for six or seven hours a day in the rain is the opposite of fun, and studies have demonstrated that people are more likely to give up.

From June to October, it will be dry. July and August are normally busy. October is quieter but there might be low-lying cloud cover, affecting your views. June to August is very cold, but the sun comes out in September, albeit less so than from January to mid-March, there is little chance of rain and the routes to Uhuru Peak are generally free of snow. Consequently, September is very busy, but the problem can be lessened by taking a less popular route such as Rongai or Lemosho. The landscape of the Rongai route is flatter and drier, but that of Lemosho is spectacular. On the other hand, Rongai is arguably easier, as evidenced by the high success experienced by those who climb Kilimanjaro.

And then there's November

November is the short rain season and as with April to May, trails will be muddy and only those two gates will be open, but the absence of crowds and presence of snow cover might make up for it.

View our treks in Tanzania
Follow us on
Trustpilot
Newsletter