Chances are that if you’re heading off for mega high altitude trekking adventure in Nepal, you’re going to have a bit of pre- or post-trek downtime in which to explore this tiny kingdom and get a better feel for it.
It might be crammed into a small space – Nepal is 65 times smaller than neighbouring China – but the spaces between the mountain ranges are packed with enough great stuff to fill every spare moment you have.

Get a selfie with Everest

You really can’t go to Nepal and not get at least a glimpse of Mount Everest. Not a lot of people may know this but you can actually see the world’s highest mountain without a) actually climbing the mountain or b) doing the iconic Everest Base Camp trek. On a clear day, from a viewing tower atop Chandragiri Hill in Kathmandu, you can get a panoramic view that takes in 9 of Nepal’s 13 Himalayan mountain ranges, including the Mahalangur range in which Everest sits. Bear in mind that, unless you’ve got an enormous zoom lens, you’re not going to be getting detailed close ups of the mountain, but at least you can say you’ve seen it and you’ll have photos to prove it.
So simply take a ride in the cable car to the top of Chandragiri Hill and you're likely to get a good view of Everest. For the best views of course we recommend going on the Everest Base Camp trek for a truly intimate experience with the highest mountain on Earth. 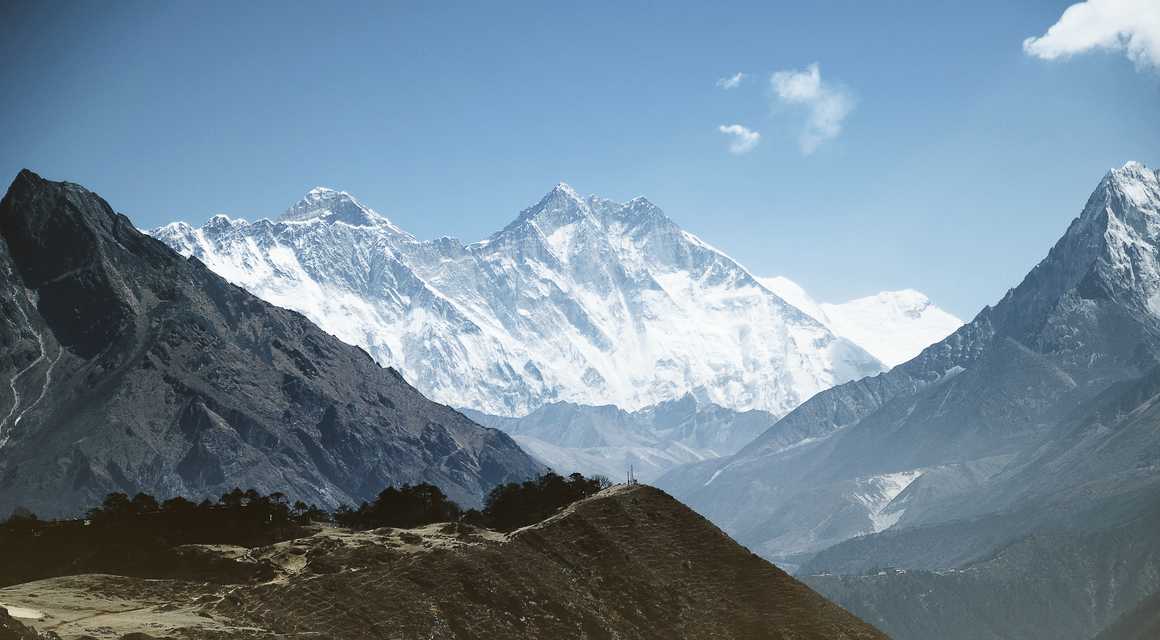 Neatly tucked between India to the south and China to the north, a lot of Nepal’s cuisine is influenced by its neighbours. This is great news if you like spicy stuff, but even if you don’t you’re sure to find something to tickle your taste buds.
Dal Bhat – a thick lentil soup and rice accompanied by a selection of meat, fish and/or veggie sides – is practically the national dish. Then there’s the popular Thukpa; a spicy noodle broth with veg and, typically, buffalo meat. Staying with the buffalo theme, you might try buffalo milk curd; a kind of ‘custardy’ set yoghurt flavoured with honey. You’ll see momo everywhere too: yummy little steamed dumplings filled with chicken, fish, veggies or (yep) shredded buffalo. Of course, there’s loads more amazing Nepalese food we could tell you about but, this is your adventure and you’re not going to struggle to find great food. Go on, be daring.

Take in the temples in Kathmandu

Nepal is brimming with terrific temples and stupendous stupas. No matter where you end up in the country, you’re going to find some fabulous sacred structures to admire. Picking a few sites at random we’d recommend the gorgeous Peace Temple in Pokhara, the Swayambhunath Stupa in Kathmandu, Bhaktapur’s Durbar Square and the 12th century Golden Temple in Patan. 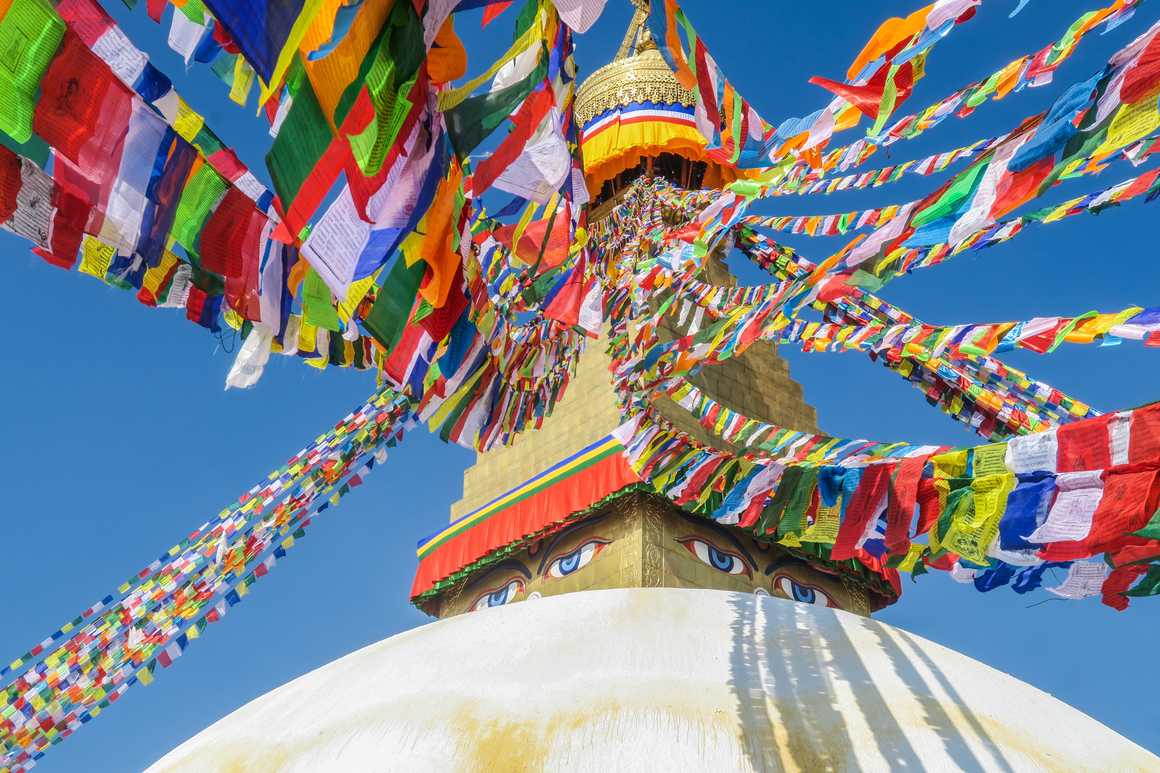 Kathmandu doesn’t just enlighten your senses, it can leave you breathless with the overwhelming joy of it all. Nepal’s capital city honestly has something for everyone with a wealth of fabulous sights, sounds and smells.

From its jaw dropping temples and gardens, through to its colourful back street bazaars and markets, and its exotic and aromatic eateries, Kathmandu will dazzle you with unforgettable experiences and do its best to make sure that you fall in love with it. Trust us... you will.

Fling yourself off a mountain

In the nicest possible way we’re suggesting you go take a running jump off a mountain. We’re talking about paragliding! As if trekking your way around Nepal wasn’t exhilarating enough you also have the opportunity to glide over a bit of it (the valleys surrounding the city of Pokhara, specifically).
What do you need to know? It’s completely safe, it’s as unique and amazing as it sounds, the views of the mountains you’ll get are unmatched and you'll have some serious bragging rights when you get back home. There are a number companies in Pokhara offering tandem paragliding flights. You'll have someone with you every step of the way and you get to take in some epic views from an incredible perspective. 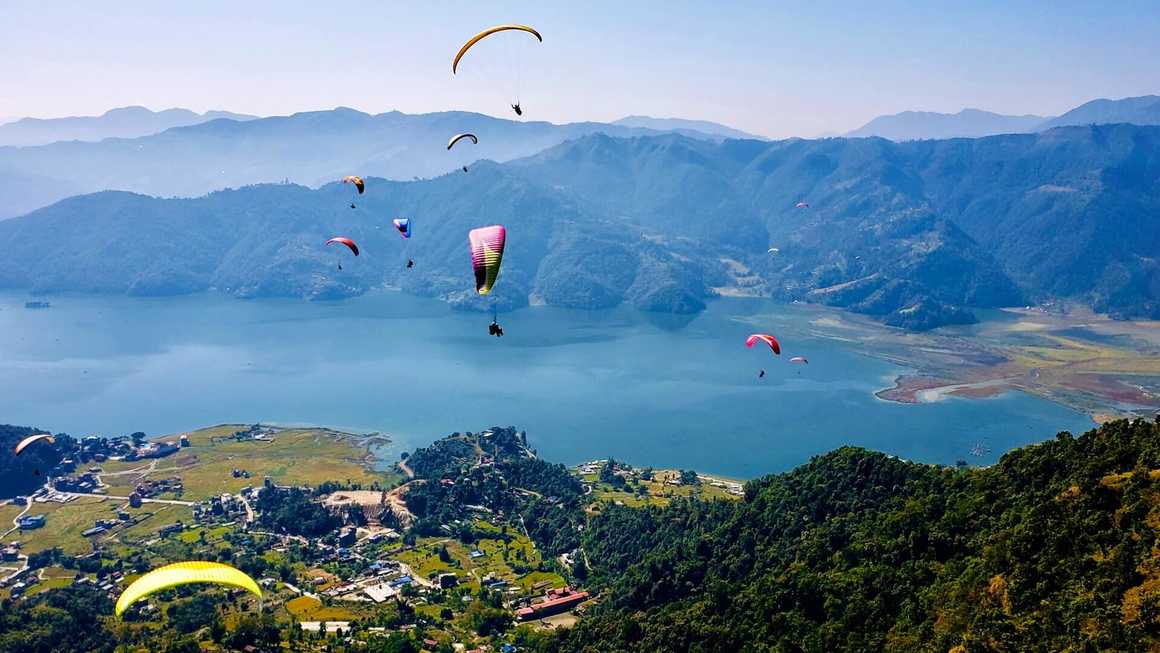 If you're looking for some spiritual enlightenment on your Nepal adventure, there’s no better place to find it than in the southern province of Lumbini. It was here, in 623BC, that Siddhartha Gautama – Buddha himself – was born. Lumbini’s focal point is the Maya Devi temple; one of the holiest pilgrimage sites on the planet, but this is surrounded by many more stunning temples, monasteries, pagodas and gardens. There's enough here to fill a whole day, you'll learn a few things about Buddhist history and certainly some inner peace.

Set off on a Safari in Chitwan

Most people think of Africa when talking about safaris, and if you've climbed Mount Kilimanjaro with us, you know how amazing it can be. But did you know you can have all the excitement of an African safari in the faraway jungles of Nepal? Spend a little time in Chitwan National Park and you might be lucky enough to witness a Bengal tiger, a leopard or some of the rhinos, monkeys, wild elephants, sloths and who-knows-what-else wildlife that inhabits these spectacular 932 square kilometres of forests and grasslands. A short trip to Chitwan is a popular extension on many of our Nepal adventures. 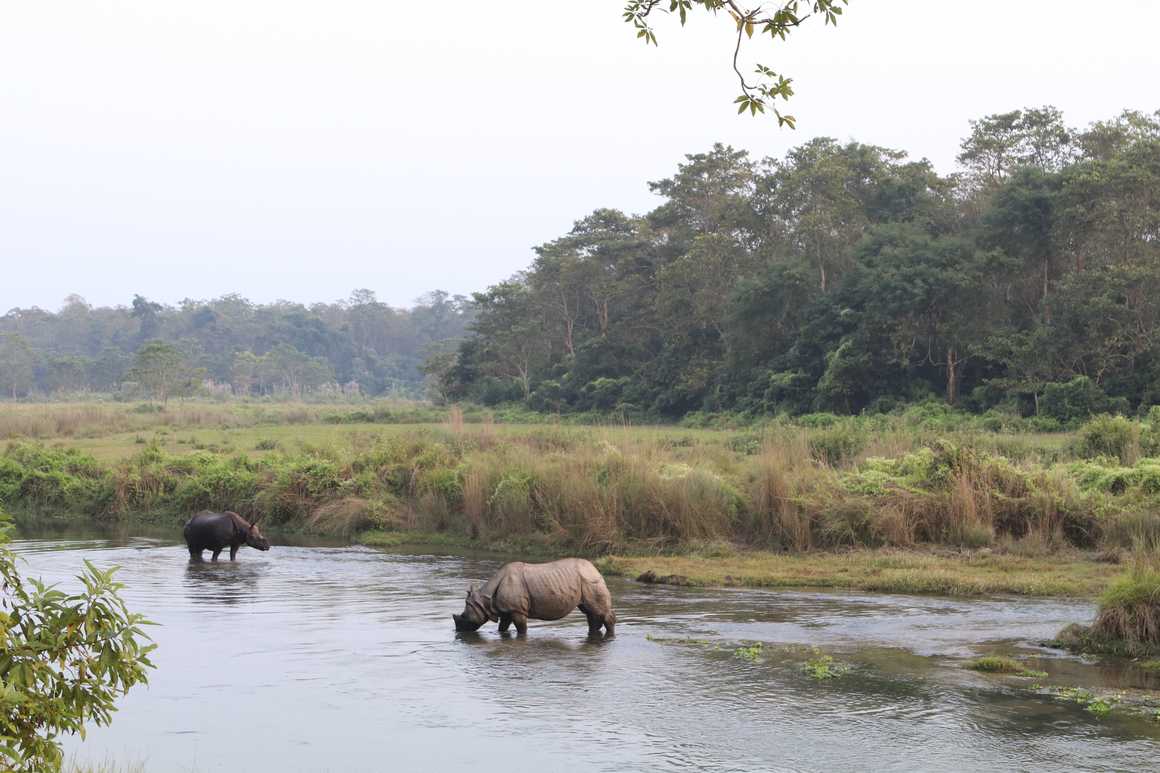 Find a Fab Festival in Nepal

Nepal really loves a good time. Festivals, parties, celebrations and other joyous events can be found somewhere more or less all year round. And Nepalese folk are so friendly that you’re more than welcome (positively encouraged, in fact) to join in the fun. It’s like happiness is the national currency. We could go into detail here about all of the big cultural festivities you can enjoy in Nepal but… we’ve already done that and you can read about them here.

Sample a bit of Khukri rum

Alcohol consumption and high altitude trekking don not go hand in hand; having a night on the drink before setting off on the Annapurna Circuit is definitely not advised. That said, there is a time and a place for a small celebratory drink if you’ve done all of the trekking you came to Nepal to do.
In addition to various local beers, Nepal also produces its own brand of rum: Khukri. Interesting fact: the rum, which was first distilled in 1959, shares its name with a traditional Nepalese curved knife. Any stabbing head pains you get the morning after drinking this smooth but potent spirit are purely coincidental, but sharing trek stories over a glass or two could make for a great evening if you're so inclined.

After a physically demanding but rewarding high-altitude trek you might be longing for a bit of mindfulness, peaceful meditation and relaxation. You might also be a bit achy and feeling like your body needs some healing stretching. A session of yoga could be just the thing to restore mind and body, and in one of the happiest places on earth, Nepal is primed to be a great place to practice it. Looking around you will discover many opportunities to join a class. 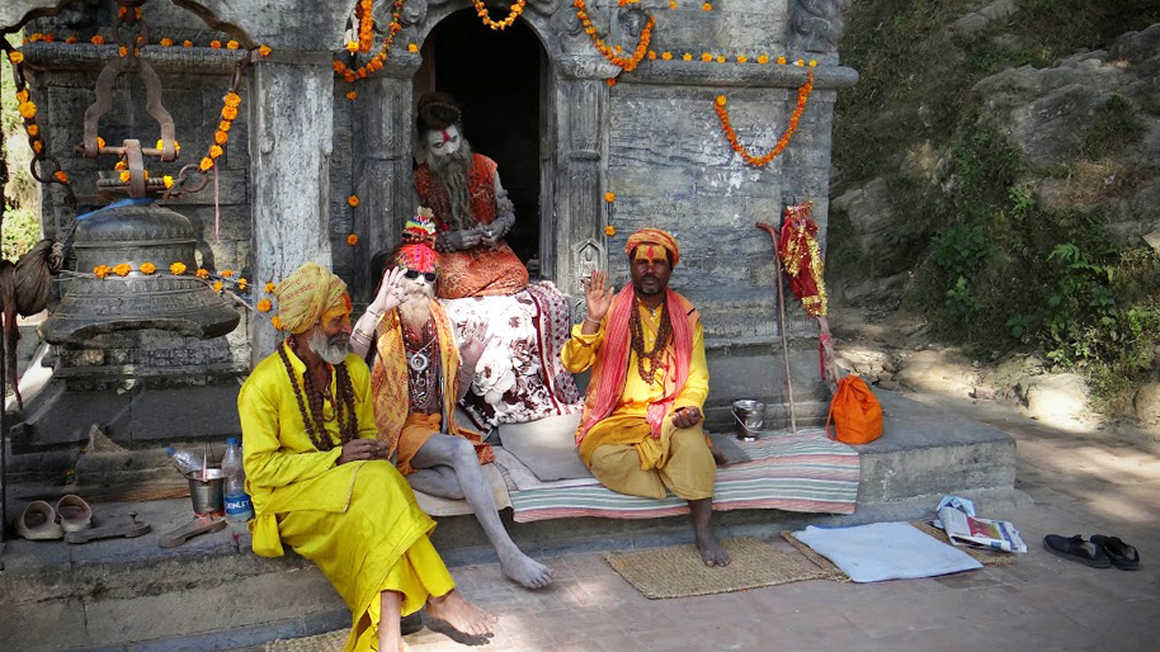