If there’s one thing Bhutan is famous for, it’s the nations flamboyant festivals or ‘Tshechu’s’ as they are known to locals.

Tshechu’s are always held on the tenth day of the month as this corresponds to the birthday of Guru Rimpoche in the 8th century. However, the exact month the Tshechu is held varies from temple to temple.

Tshechu’s are extremely important events in Bhutanese culture and entire communities come together at these events to dance, socialise and receive blessings. It is believed that everyone must attend a Tshechu and view a masked dance at least once to wash away their sins and be cleansed.

Tshechu’s are incredible events to witness and some of the major ones like Paro and Thimphu attract thousands of tourists to the cities. The hustle, bustle, dramatic colours and lively dancing make each Tshechu totally unforgettable.

Below we have listed the most awesome festivals in Bhutan! Many of these festivals coincide with our tour and treks to Bhutan - click here to find out more. 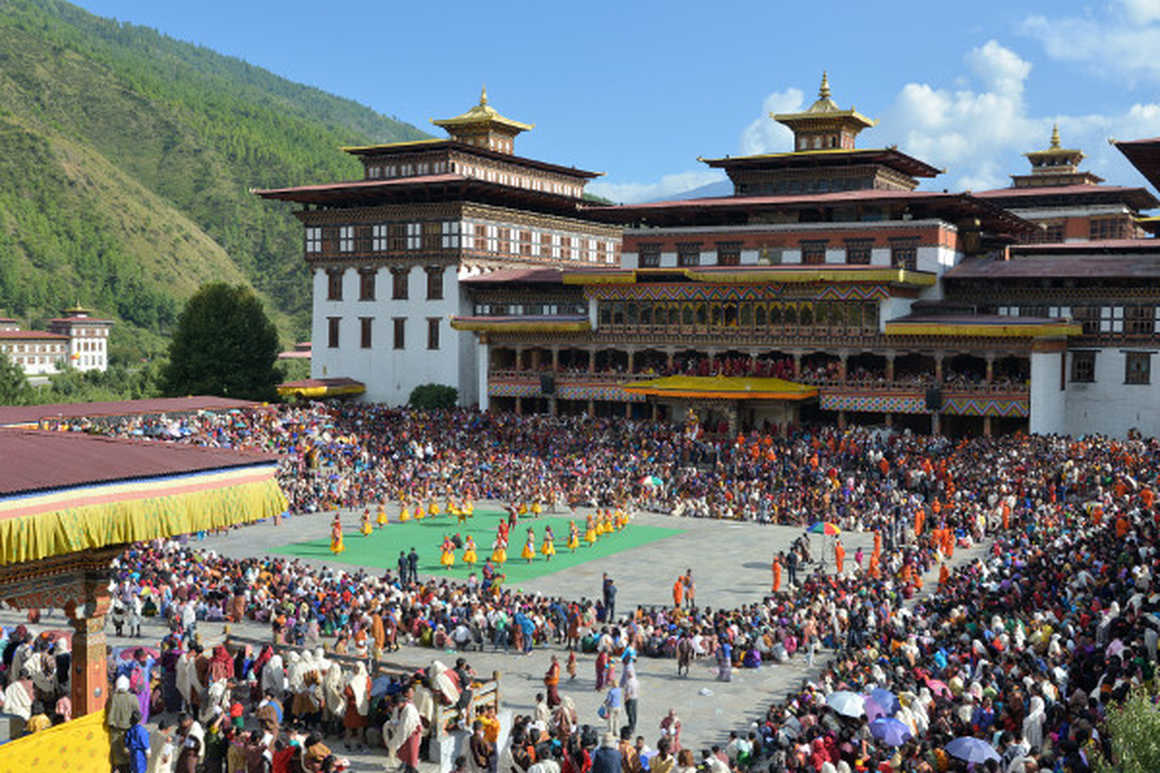 The Thimphu Tshechu is probably the biggest of all Bhutan festivals. It is held in the nation’s capital city and runs for three days from the 10th – 13th August each year. The Tshechu attracts thousands of people, many of which pour in from local districts to attend the celebration. The three-day Tshechu is a public holiday for workers and large dancing stages are erected in the courtyard of the Tashichho dzong where masked dances and religious rituals are performed. The festival itself is actually followed by many days and nights of prayers and rituals in order to invoke the gods. 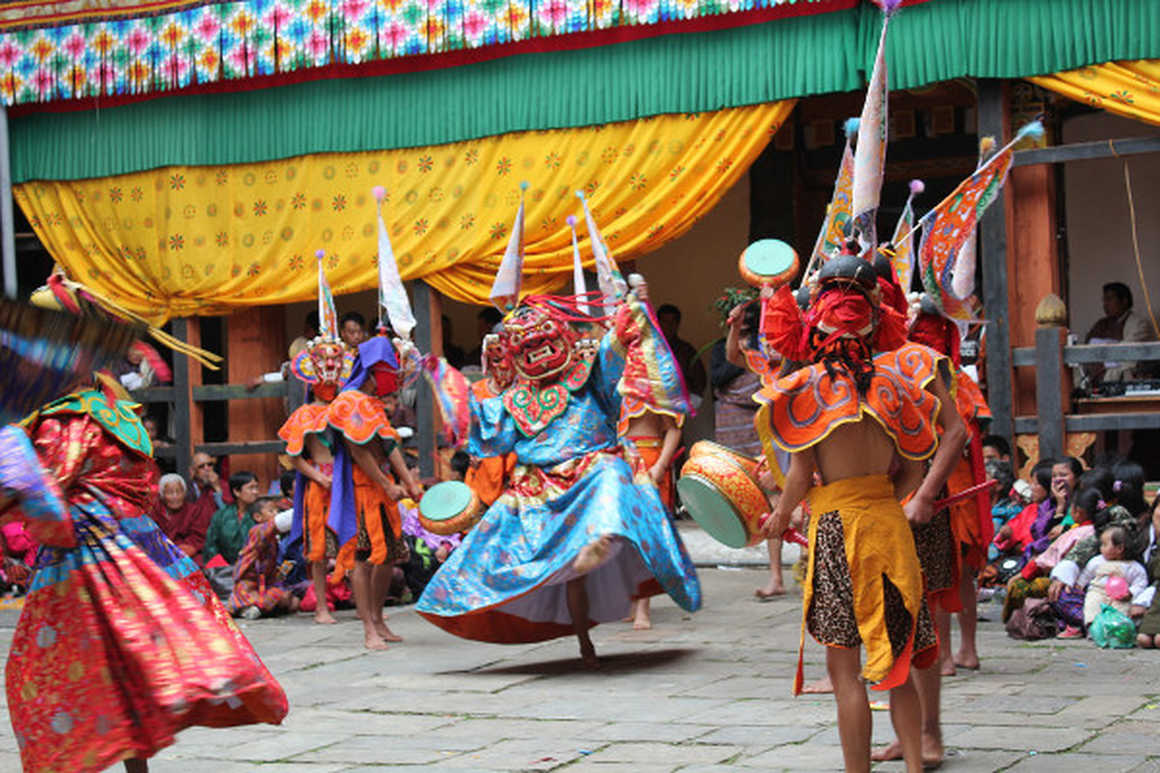 The Paro Tshechu is without doubt the most popular springtime festival in Bhutan. Like Thimphu, thousands of people descend upon the city during the event. Layman and monks dress in bright brocade costumes and re-enact the history and most popular legends of Buddhism in Bhutan. The delicate and detailed masks the performers wear are superb and tourists will love the vibrant feel of this tshechu. The festival culminates on the final day with the unrolling of the four storey high thangkha (Buddhist religious scroll). The scroll is over 350 years old and celebrates the deeds of Guru Rimpoche. 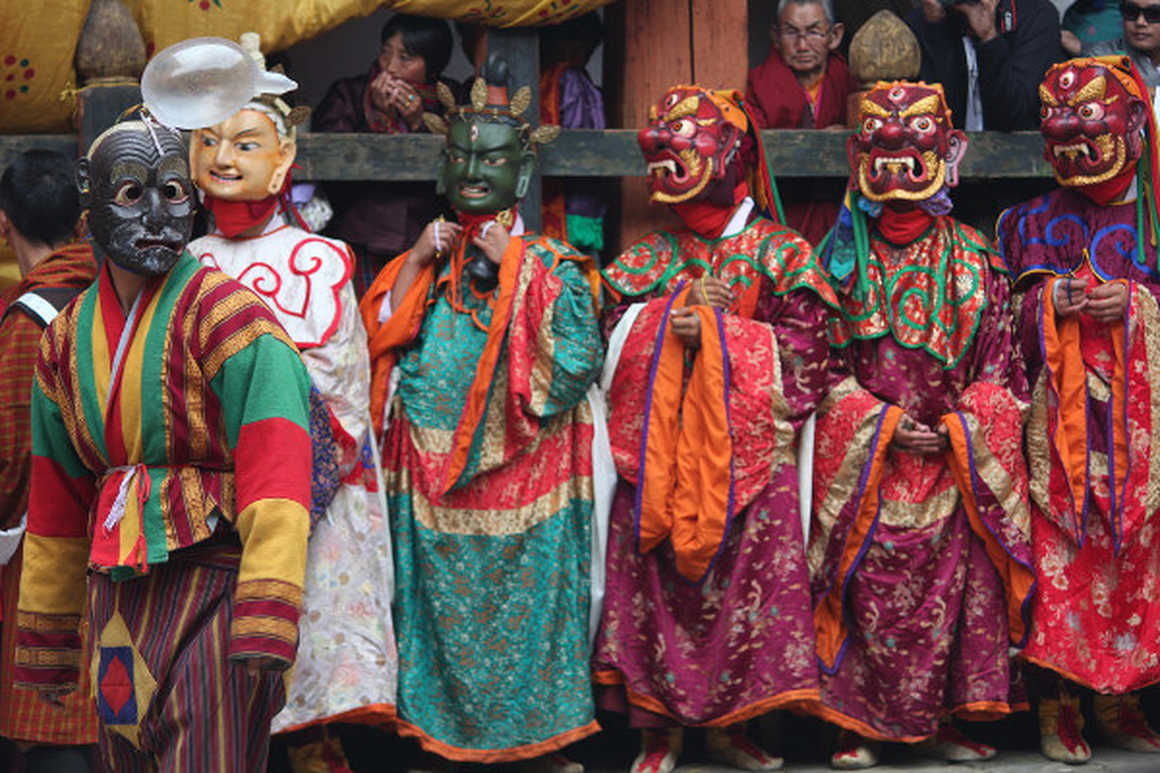 The Punakha Drubchen is unique in that it recreates the dramatic 17th century battle between Tibet and Bhutan. Local military and volunteers re-enact the battles from the period to remember how the districts of the region came together and managed to fend off the invading forces of Tibet. The actual Tshechu is held directly after the Drubchen and provides a whole host of masked dance, all held within the famous Punakha Dzong. 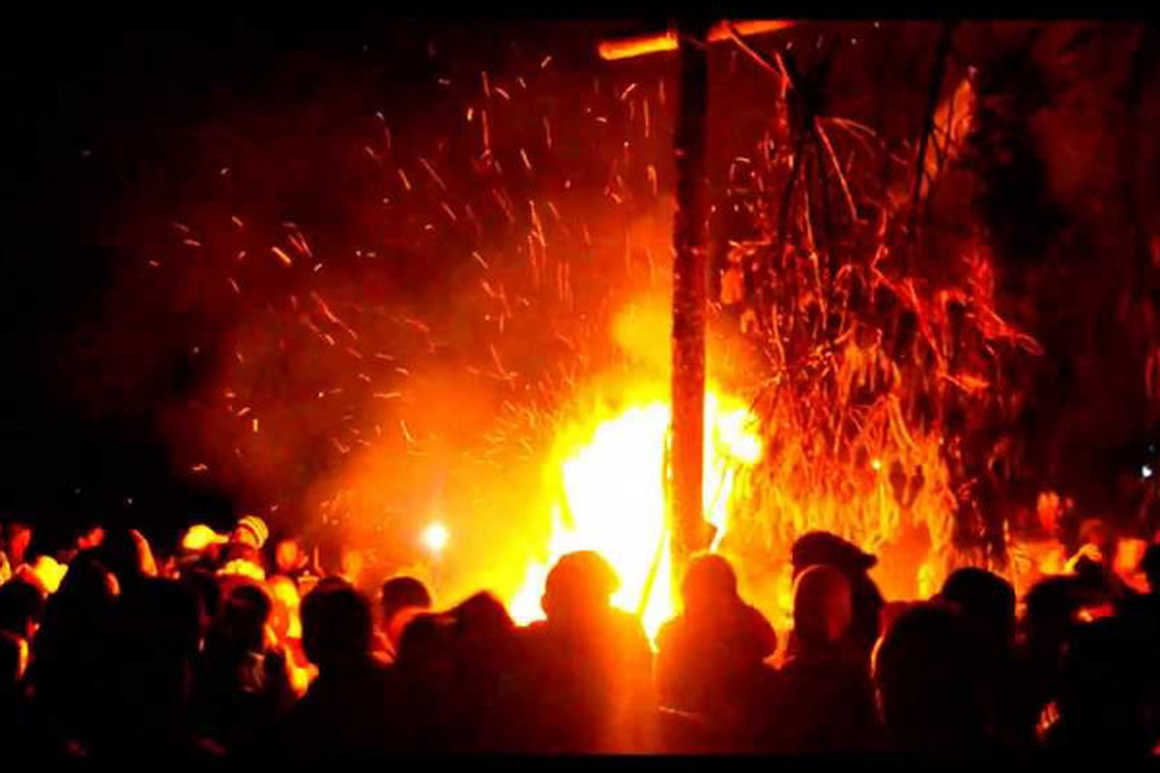 The Jambay Lhakhang Drup is one of the most flamboyant and spectacular festivals on the Bhutanese calendar. The festival lasts 5 days with the fire ceremony considered to be the highlight. The fire ceremony consists of locals sprinting underneath huge flaming gates made from dried grasses. Another highlight is the Dance of the Treasure, a ritualistic event in which masked dances perform naked in the dead of night to increase their fertility. 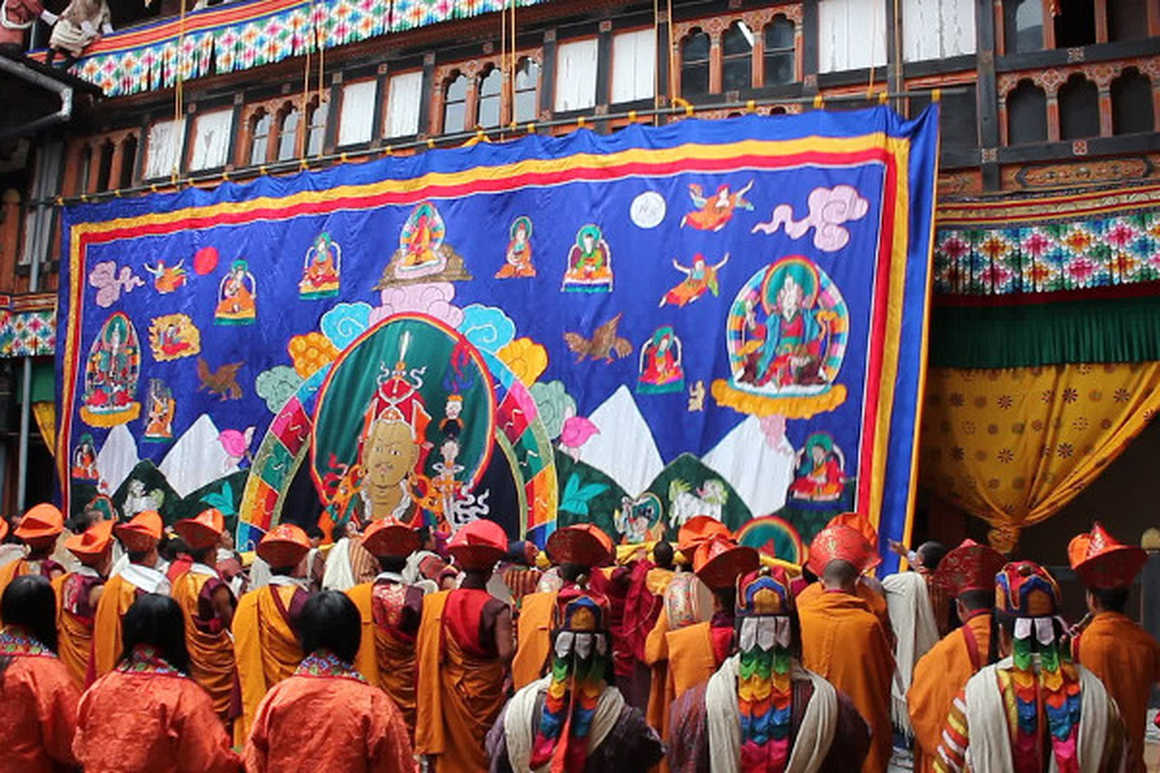 The annual Wangduephodrang Tshechu was first begun by Zhabdrung Ngawang Namgyal shorlty after the dzong was completed. The three-day annual Tshechu is now one of the biggest in the country and people from both Thimphu and Punakha attend. The event provides locals with an occasion to be merry and socialise whilst watching many a beautiful dance. The Wangduephodrang festival is known for its Raksha Mangcham or ‘Dance of the Ox’ and concludes with the unfurling of the Guru Tshengye Thongdrol. 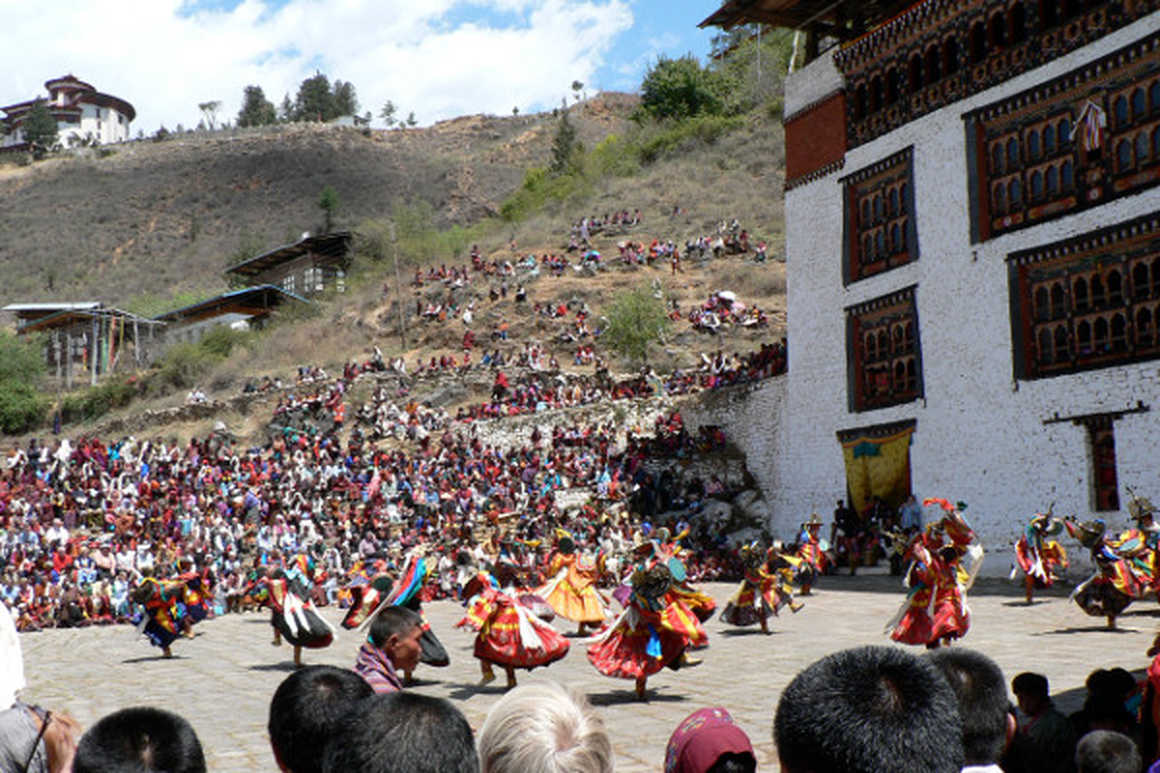 Set within pristine lakes and alpine valleys, the Haa Summer festival is one of the most picturesque and beautiful festivals in Bhutan. The festival celebrates the nomadic and traditional-living lifestyles of the Bhutanese people and provides visitors with unparalleled insights into the nomadic herder communities with Bhutan. You can join in the festivities by sampling local cuisine, playing some sport, singing along with the traditional folk music and having a drink or two (or three). 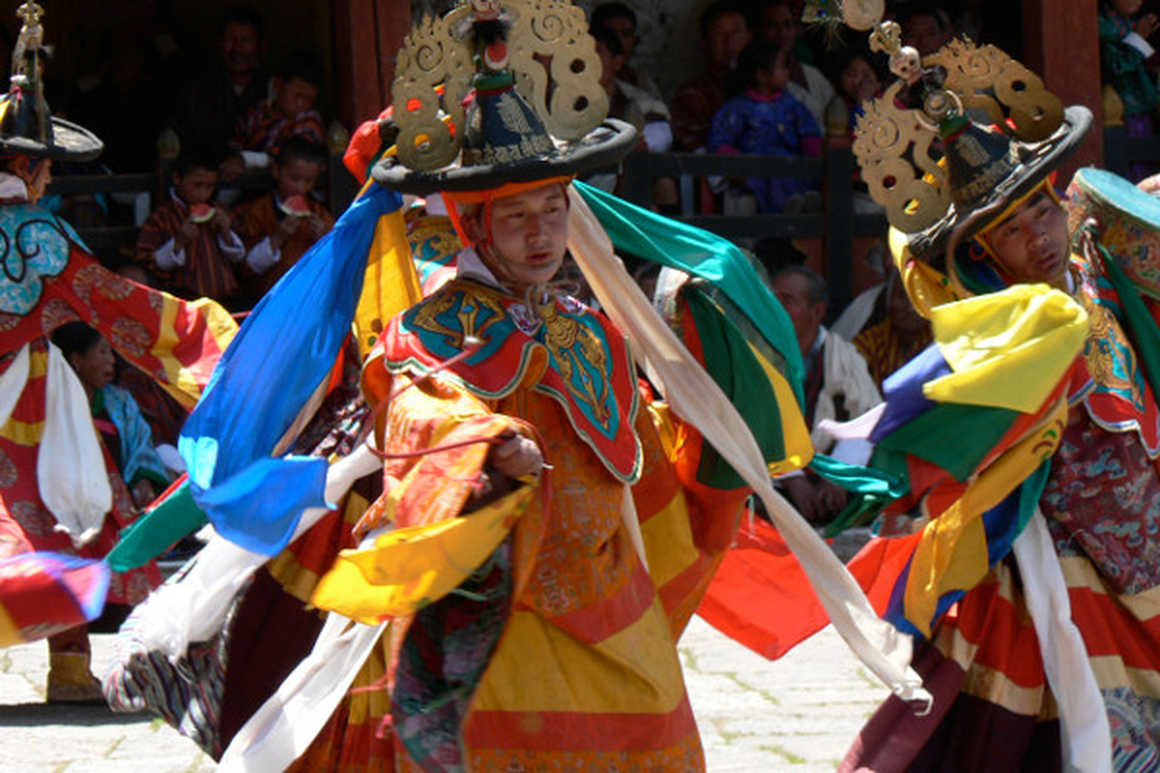 The Black-necked Crane festival is held annually on the 11th of November to celebrate the arrival of the endangered black-necked cranes in which the community works so closely with. The celebrations are hosted within the courtyard of Gangtey Gonpa in the beautiful Phobjikha valley. The annual festival was first conceived to help raise awareness for the endangered birds and is now one of the most fabulous Tshechu’s on offer. Through a series of songs and crane-themed dances, the community renews their links and commitments to the birds, all the while strengthening conservation spirit and showcasing their cultural heritage.

Many people ask us about the alcohol. You can find wine and beer in most hotels. The thing that is very common is their home-made arra and chang. You can also carry your own alcohol to Bhutan. Of course, it is strictly prohibited to be drunk when driving and it's advisable not to drink nearby holy sites. If you are wine lover like me and travel a lot great tip is to try some non-alcoholic wines that became so popular nowadays. For information about our Bhutan treks and tours that coincide with some of these festivals, click here.
View our treks in Bhutan
Follow us on
Trustpilot
Newsletter