Isolated and tucked away from civilization for a thousand years, little is known about the friendly mountain kingdom of Bhutan.

Its isolation has allowed the Bhutanese culture to thrive and kept its most sacred traditions alive. Because of this, Bhutan is a fascinating country to study and has a wealth of facts and trivia that will amaze even the most cynical among you! 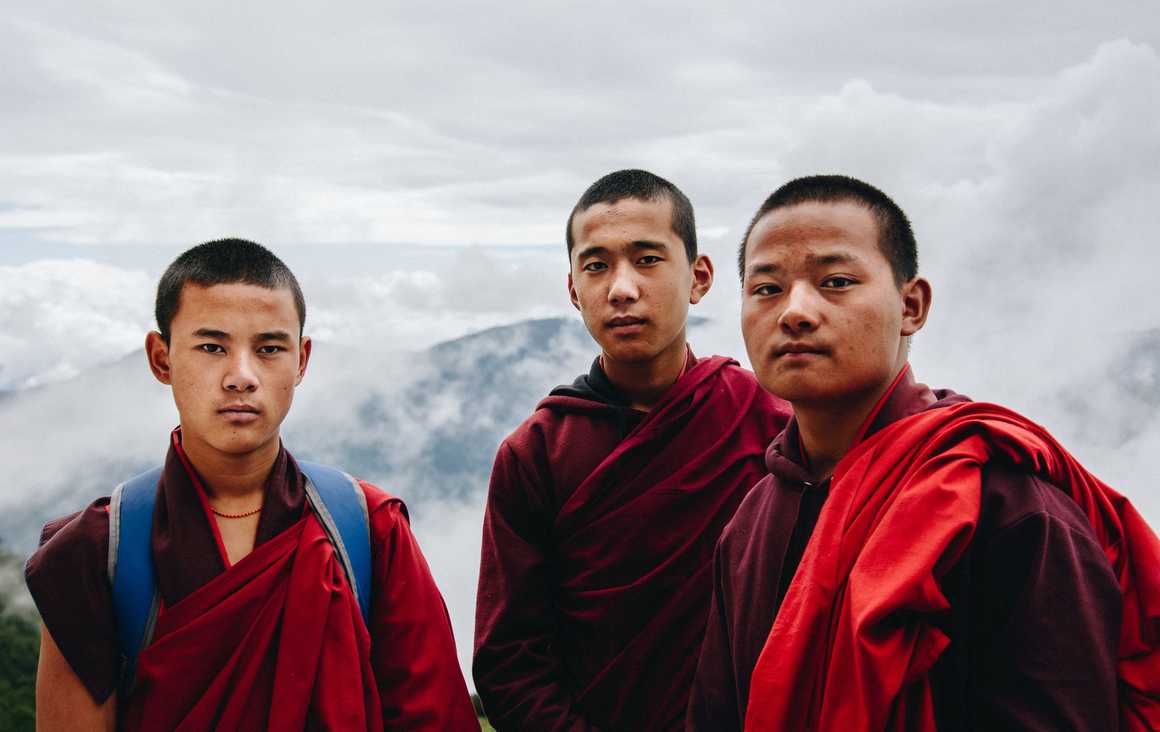 SEE ALL TRIPS TO BHUTAN

Here are our top 20 facts about Bhutan

1. Thimphu, Bhutan's capital city, is the only capital city in the world that does not have a single traffic light. When one light was installed in the city several years ago, there was a huge cry of outrage from the citizens and the light was taken down almost immediately.

2. The name 'Bhutan' actually means 'Land of the Thunder Dragon'. The name was given to the tiny nation because of the enormous thunder storms that roll in across the Himalayas.

3. Bhutan takes environmental policies very seriously. The nation is the first country in the world with specific constitutional obligations put upon its people to aid in the protection of the environment. By law, at least 60% of the nation must be covered in forest at all times.

4. Standing at 24,480 feet, Gangkhar Puensum is the tallest mountain in Bhutan and also the tallest unclimbed mountain on the planet. 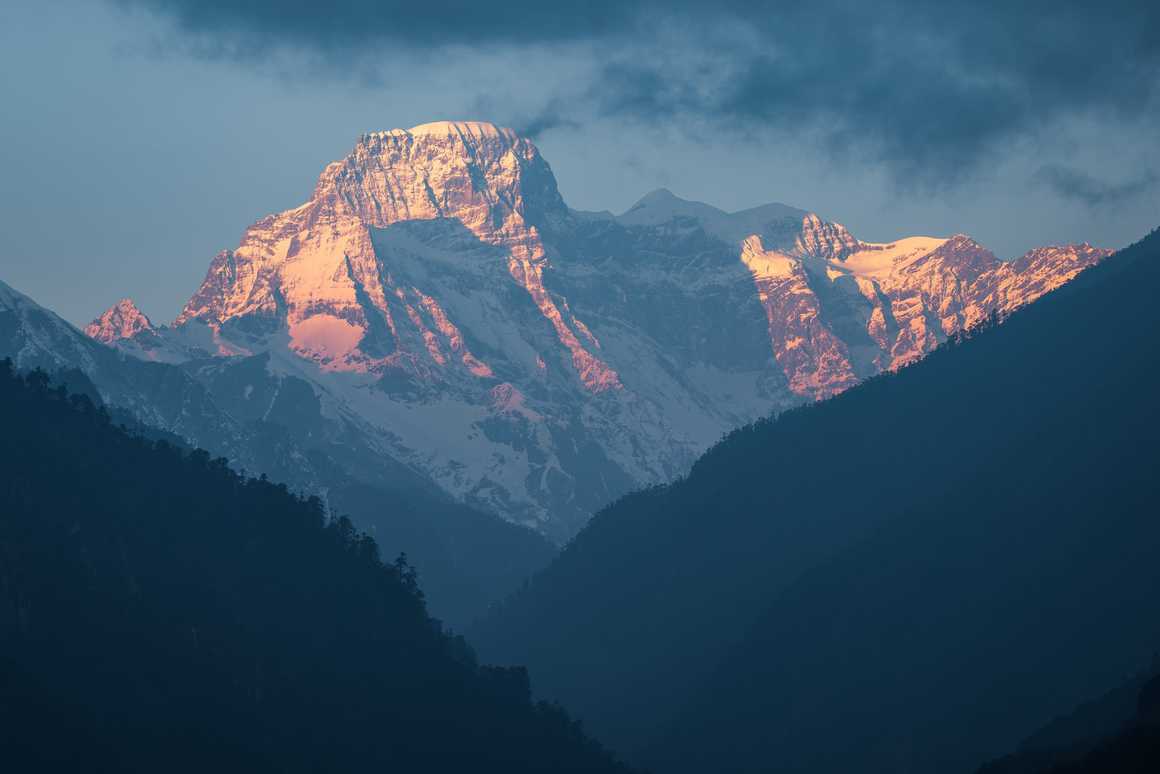 5. The median age of Bhutanese people is just 22.3 years. In fact, over one third of the population is under the age of 15!

6. Bhutan is the only country in the world where the sale of tobacco is prohibited.

7. If anyone is caught harming or killing the endangered black-necked crane, they could be sentenced to prison for life.

8. Bhutan was one of the last countries to allow televisions to be watched. Up until 1999, televisions were banned throughout the nation.

9. In Bhutan manners dictate that you must turn down any food offered to you. The traditional response is to say "meshu meshu" and cover your mouth with your hands. However, you can politely accept the offered food after two or three times of doing this. 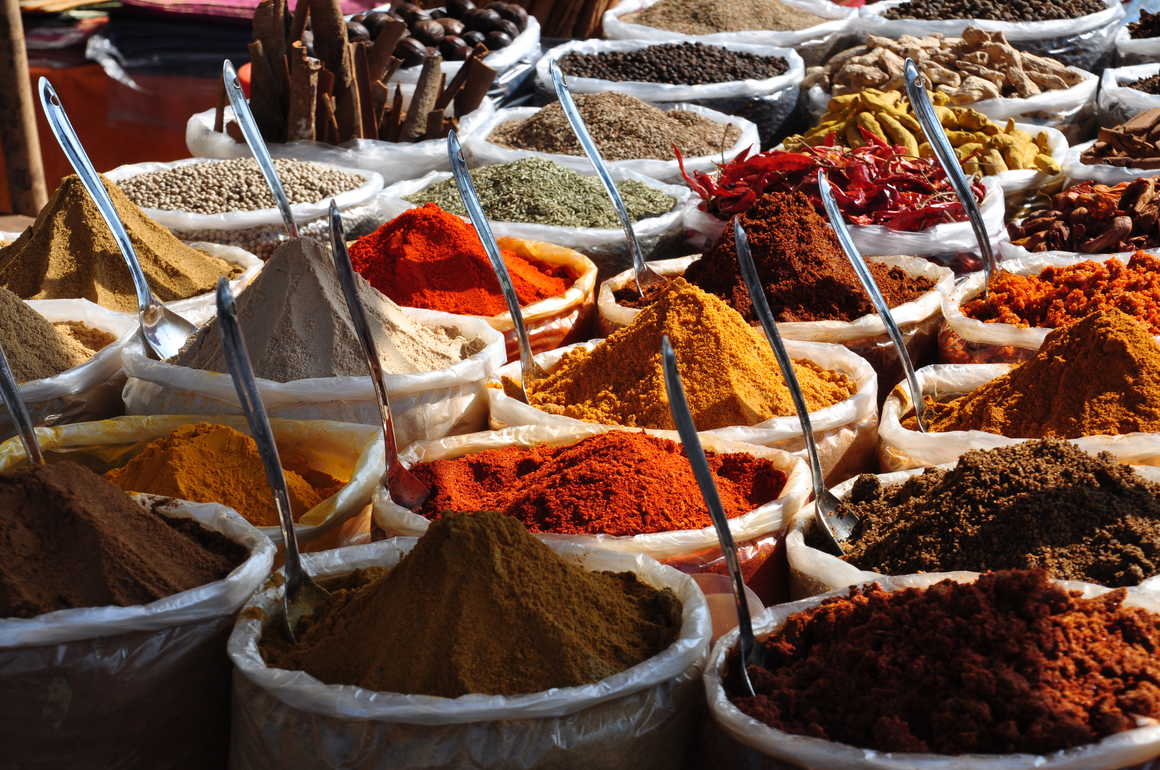 10. The United Nations only recognised Bhutan as a country in 1977!

11. Up until 1960, Bhutan had no roads, no electricity, no automobiles and no postal system.

12. Bhutan is the one of the world's only carbon sinks, i.e. it takes in more CO2 than it produces. In fact, Bhutan sells Hydro-electricity which makes it the only country in the world whose largest export is renewable energy!

13. Plastic bags were banned in Bhutan in 1999 and remain prohibited.

14. Bhutan's two national sports are darts (Khuru) and archery. However, Khuru is unlike our typical sport of darts, their dart boards are much smaller and the darts are larger and made from heavy metal. They throw the darts over 20 meters to the dart board!

15. In Bhutan on New Year's Day, every national citizen becomes one year older. This way no one forgets any birthdays! 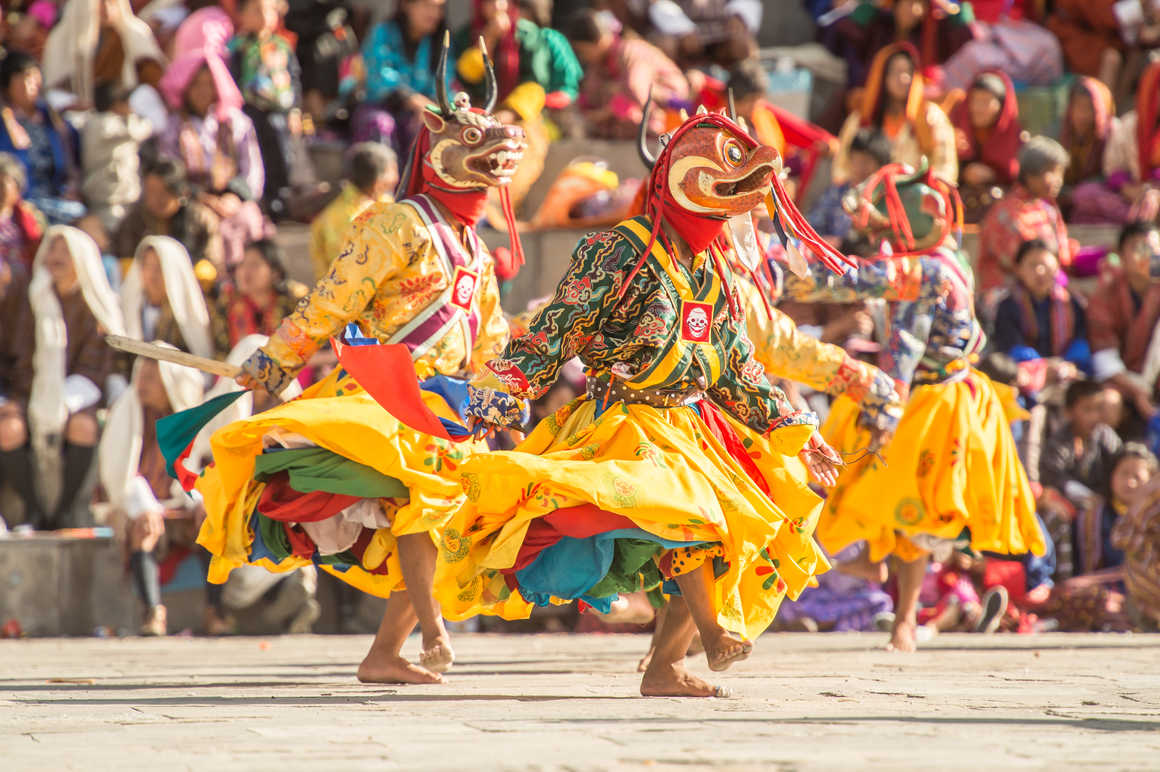 16. The people of Bhutan have a long history of painting phalluses on the sides of their houses. The paintings are seen as symbols of fertility and good luck!

17. The first foreign tourists were only allowed into Bhutan in 1974.

18. Although Bhutan is one of the smaller countries in the world, there are actually over 20 languages spoken throughout.

19. Despite its general poverty, Bhutan provides free healthcare and education to everyone, including visitors!

20. Last, but certainly not least - Instead of using GDP as their economic scale, the Bhutanese government use a GNH - Gross National Happiness scale! The scale measures happiness through the four pillars: Environmental protection, Sustainable development, good governance and cultural preservation.