Despite being one of the most mountainous countries on the planet, Bhutan is not as cold as one might first imagine. The southern region of Bhutan actually has a sub-tropical climate with temperatures ranging from 15 degrees in the winter up to 30+ degrees in the summer!

If it's warmth you’re after then the eastern part of the country is generally warmer, however, temperatures drop the further you ascend in altitude. The glorious Himalayan peaks remain snow covered all year-round and temperatures are steadier at these heights, generally ranging from freezing in the winter to 10 degrees in the summer.

Whilst October to December are by far the most popular months to visit Bhutan, it’s possible to visit the country all year-round.

Most tourists choose the high season for the trekking weather and to see the major festivals. However, smaller festivals are run throughout the year and often offer a more authentic Bhutanese experience. Spring is also a good time to visit as the flora and fauna are out in force and there are far less trekkers on the beautiful mountain paths.

Seasonal overview of the best time to visit Bhutan

December to February sees Bhutan at its coldest, particularly in the mountain regions where temperatures frequently drop below freezing. However, the valleys in the lower regions still remain fairly warm and trekkers brave enough to take on the elements will be rewarded with crisp, clear blue skies. Visitor numbers are low during this period and you’ll have the trails to yourself.

March to May is the second most popular season to visit Bhutan. Temperatures are pleasant and the valleys and forests come alive with life. Wildflowers and Rhododendrons are in full bloom during this period which makes for some stunning shots and beautiful trekking! If you plan on visiting Paro during early April you will need to book early as the Paro Tshechu (festival) runs during this period. May sees the temperatures gradually increase and the weather and humidity increase as the monsoon period approaches. 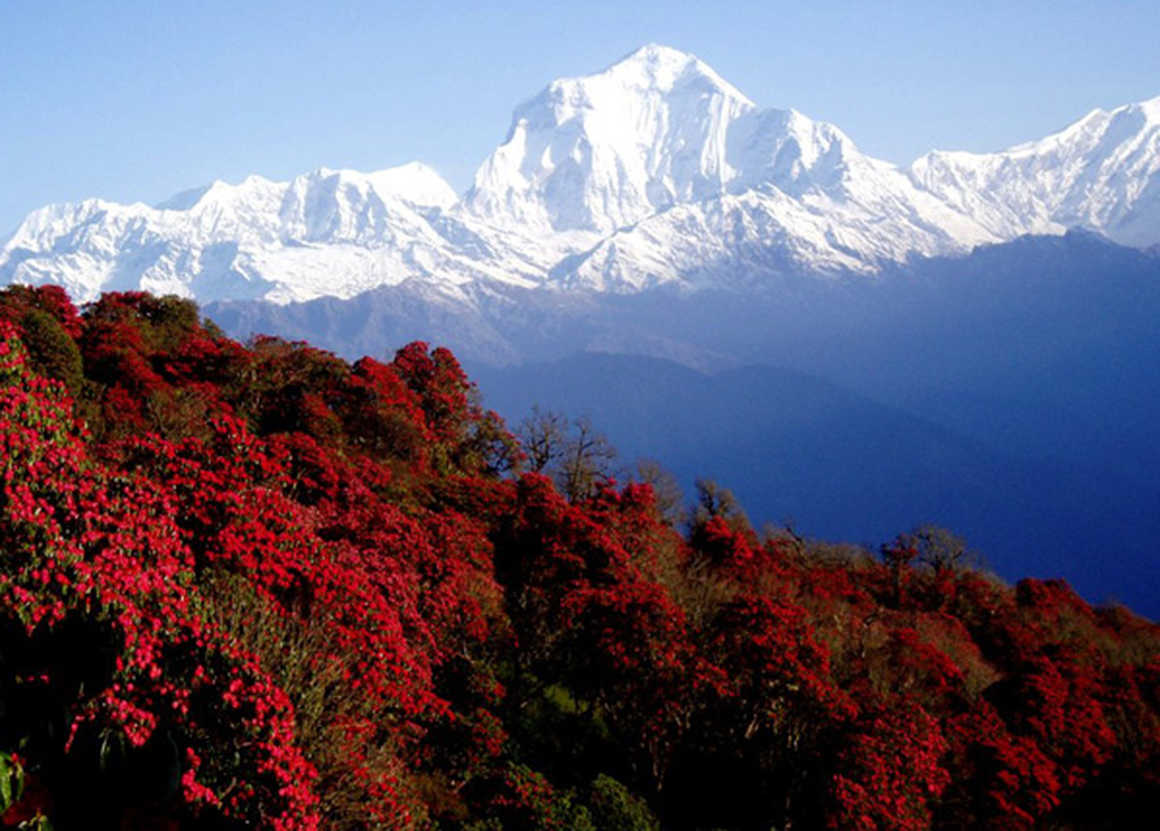 June to August (and occasionally early September) is monsoon period in Bhutan. Showers are frequent throughout the country during this season which makes trekking somewhat difficult. If you buy a good raincoat and don’t mind getting damp, then you’ll have the trails and tourist destinations to yourself! The best views occur in the morning after a nightly downpour.

September to November is the peak visitor time in Bhutan. Temperatures are at their warmest and the skies are clear and crisp – perfect for trekkers! This period also sees the most festivals, in particular the popular Thimphu Tshechu which attracts thousands of tourists. October is by far the most popular month with over 80% of all international tourists visiting Bhutan during this month. Nature lovers can witness the black-necked cranes arriving in Gangtey Valley from the high Tibetan Plateau. A festival is held each year in Gangtey to welcome the birds. Make sure to book airfares and accommodation early during this period and remember that costs will vary considerably depending on season.

For more information on the tour and treks we run in Bhutan click here or contact one of our Destination Specialists.