What’s the weirdest thing you’ve ever put in your mouth? Careful now, I’m talking about food here. Let me start you off. Years ago in Thailand I ate a larval bee. That’s a little (living) baby bee larva. My host assured me that it was some kind of Thai delicacy and, at the time, I’d consumed enough Thai rum (Thai rum! Who knew?) to give it a go. It was a bit crunchy and tasteless to be honest. Maybe he was winding me up; I don’t recall seeing any ‘all you can eat’ bee buffet restaurants in Thailand.

Anyway, sampling local foods that you wouldn’t find or try anywhere else is part of the big adventure of travelling. And when you head off to another part of the world on a high altitude trekking trip, you’re pretty much guaranteed to find some cracking local cuisine. Take Peru for example. It goes without saying that hiking the legendary Inca Trail is an experience that no self-respecting trekker should overlook.

Arriving at and exploring the majestic Inca settlement at Machu Picchu is one of those life-defining, awe-inspiring moments that will remain with you forever. So what could be better than celebrating your achievement with a slap-up feast of Peruvian specialities afterwards? ‘Cos chances are you’re going to be hungry.

Glad you asked. It’s pretty amazing actually. Peruvians can take the most basic staples – potatoes, corn, fish – and transform them into spectacularly tasty dishes. Mind you, they’ve had millennia to work with these ingredients so it’s no surprise that they’ve managed to knock up some top-notch fare.

Subsequent sorties to Peru by various invading nations, including the Chinese and the Europeans have also influenced Peruvian food. Basically though, the watchwords here are ‘simple’ and ‘delicious’. But that’s enough about me. Let’s look at some of the traditional dishes for which Peru is famous and that you might like to fill your face with when you’re not trekking. 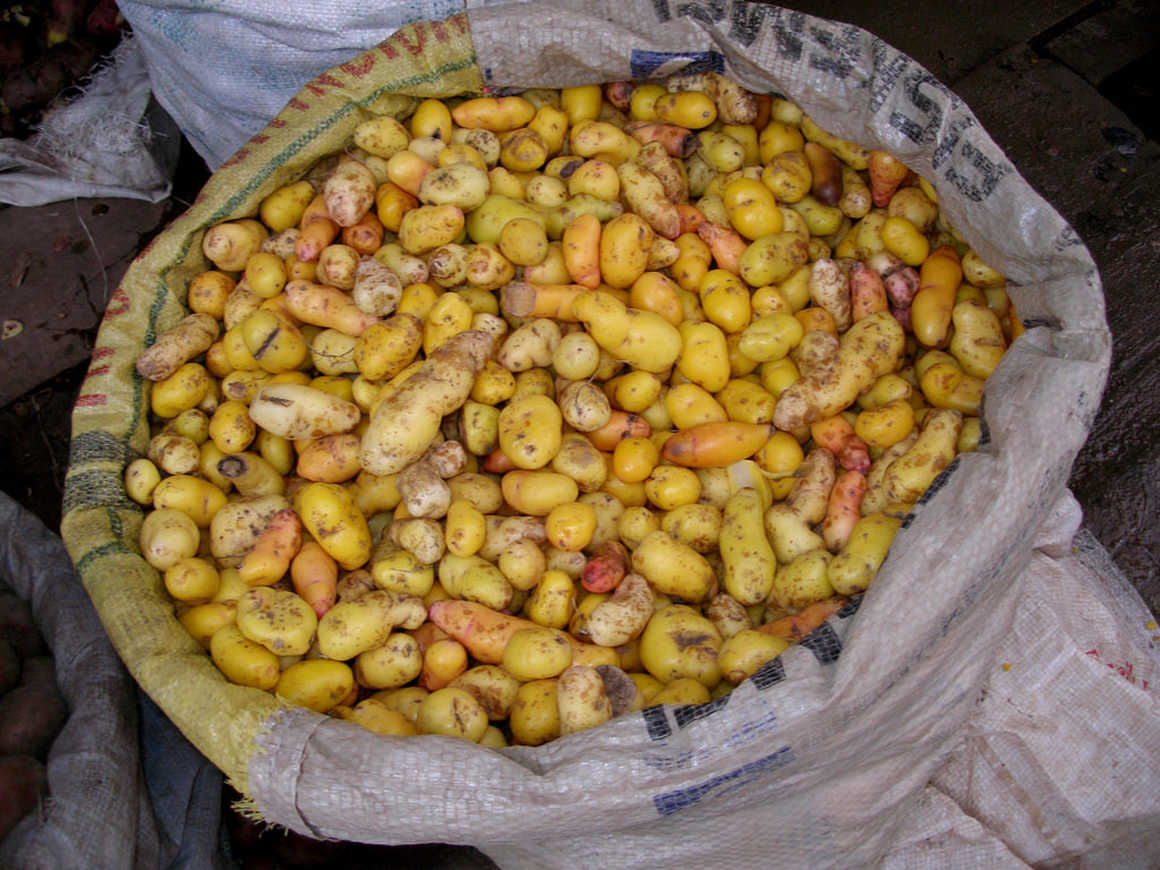 Yep, you read that right; we’re talking about good ole spuds here. But Peruvians are absolute masters when it comes to turning the humble potato into something danged tasty. After all, the country boasts more than three and a half thousand different varieties. Popular tuber-based tuck includes Papa a la Huancaina; a wholesome dish of boiled potatoes and hard boiled eggs smothered in a creamy cheese sauce that’s made extra zingy through the addition of the Peruvian yellow chilli pepper.

That chilli also features in Causa Rellena; a layered dish of mashed yellow potatoes that can feature a variety of fillings – typically chicken, tuna, seafood or different kinds of vegetables. The result looks a bit like a Victoria sponge. But savoury. And made of potato.

Pastel de papa is a favourite not only in Peru but throughout Latin America. In simple speak, it’s a potato pie but that’s underselling this gobsmackingly gorgeous dish. Layers of ultra-thinly sliced potato alternate with bacon, cheese or sometimes minced beef to create something oozingly soft and delicious that looks half lasagne, half quiche. If, however, you’re steadfastly unadventurous on the potato front then, yes, you can get chips in Peru. Honestly… 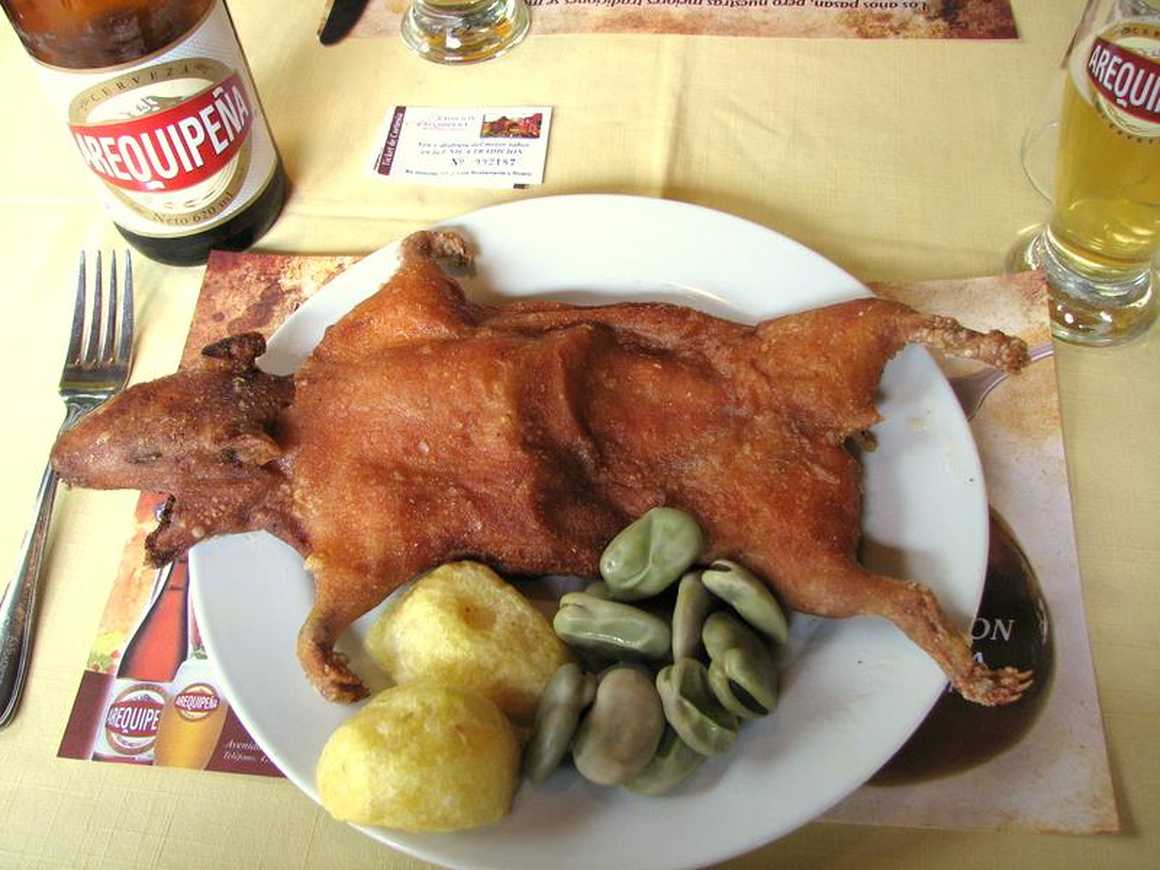 Peruvians eat guinea pigs. So do Bolivians and Ecuadorians. If you’re glancing over at Mr Tibbles in his cage in the corner and feeling a bit emotional about the whole thing, skip onto the next bit. Still with me? OK. So cuy is the Spanish word for ‘guinea pig’ and it’s a bit of a speciality in Peru so you’ll see it on quite a few menus.

Should you try it? Well, it’s always nice to indulge in the local cuisine when you’re trekking in some far flung corner of the world and, let’s be honest, guinea pig is unlikely to feature on the menu in Wetherspoons any time soon (although never say never).

Typically, your favourite Pets-at-Home dwelling rodent is flame-grilled on a spit or fried in Peru. Cuy (pronounced ‘kwee’) are usually cooked whole, so when you see them on a street vendor’s griddle there’s no chance of mistaking them for, say, bits of chicken. Speaking of which, word is that your chargrilled guinea pig tastes pretty much like chicken. It’s also low in fat and high in protein. In other words, it’s the rodent you can eat between meals without ruining your appetite. Not least because there’s hardly any meat whatsoever on the little blighters. One tip; no matter how tasty that crunchy-looking guinea pig skin might look it’s apparently best avoided. Even Peruvians won’t eat guinea pig crackling. 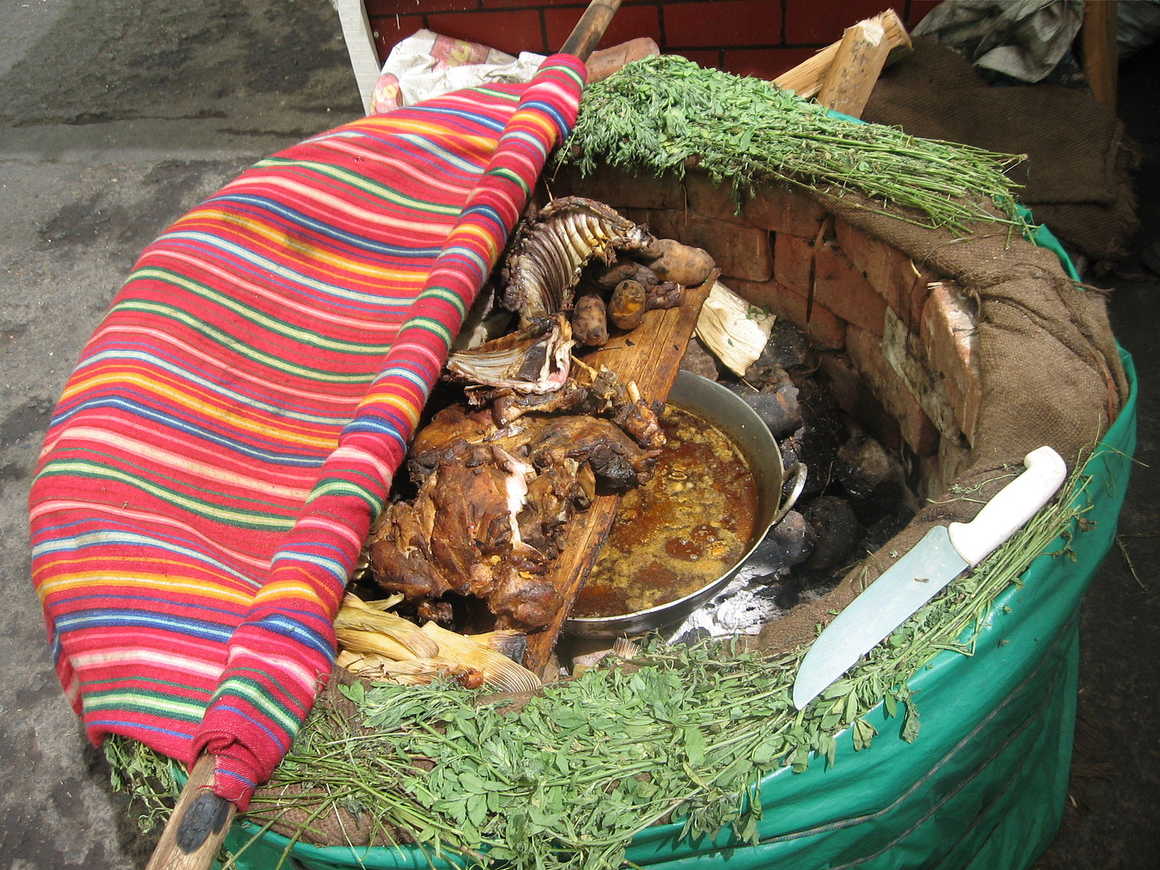 Those Incas eh? Not only are they responsible for one of the world’s most legendary settlements – Machu Picchu – and the fabulous trek that leads to it, but also for Pachamanca; a traditional dish made to honour the goddess Pachamama (aka ‘Mother Earth’).

Lacking access to a microwave, the ancient Incas would heat stones in a fire until they were *properly* hot, then lay them out in a pre-dug pit. The stones would then be covered with layers of meat, usually lamb, chicken and/or pork, potatoes (of course!) and other vegetables, and fresh herbs. The whole shebang would then be covered over with plantain leaves and then earth would be piled on top to create a kind of sealed subterranean slow cooker.

The Incas would leave this underground barbecue for a few hours while they went off to do various Inca-y stuff. (You know; building civilizations, burying precious artefacts, battling Spanish conquerors… that kind of thing). Tired and hungry they would come back and dig up this fabulous stone-baked feast.

This is a tradition that has passed down through the centuries, and modern-day Peruvians still favour a Pachamanca at times of celebration; it’s a genuine crowd-pleaser!

You really should try Pachamanca if you get the chance; this really is grub that’s fit for a goddess.

The Coca plant, grown throughout the Peruvian Andes, has a bit of a reputation. You see, by using a fairly convoluted chemical process it’s possible to derive cocaine from coca leaves. Those same leaves are the basis for mate de coca – coca tea – an extremely popular beverage in Latin America.

Let’s clear up a couple of things. Firstly, the purchase and use of coca leaves is perfectly legal in Peru. Secondly, you’re absolutely not going to get off-your-face high by drinking mate de coca or chewing coca leaves. In their natural form, the cocaine content is tiny.

So, fresh coca leaves and even mate de coca teabags are freely available in Peru, but why should you drink this stuff (I’ll be honest, it’s an acquired taste)? Well, apart from it being a traditional and revered local brew it also has beneficial properties for high altitude trekkers.

Coca leaves, either chewed or taken as tea, are believed to combat the effects of altitude sickness. A mild stimulant, they give an energy boost and buzz not unlike that gained from, say, a strong cup of coffee. Reputedly, coca also acts as a painkiller and an anaesthetic.

If chewing leaves or drinking tea are not your thing, it’s worth noting that ‘coca candies’ are widely available throughout Peru. A word to the wise though; don’t bring coca teabags or leaves home with you as a souvenir; they’re banned both in the UK and the USA.

Other Peruvian food and drink to look out for 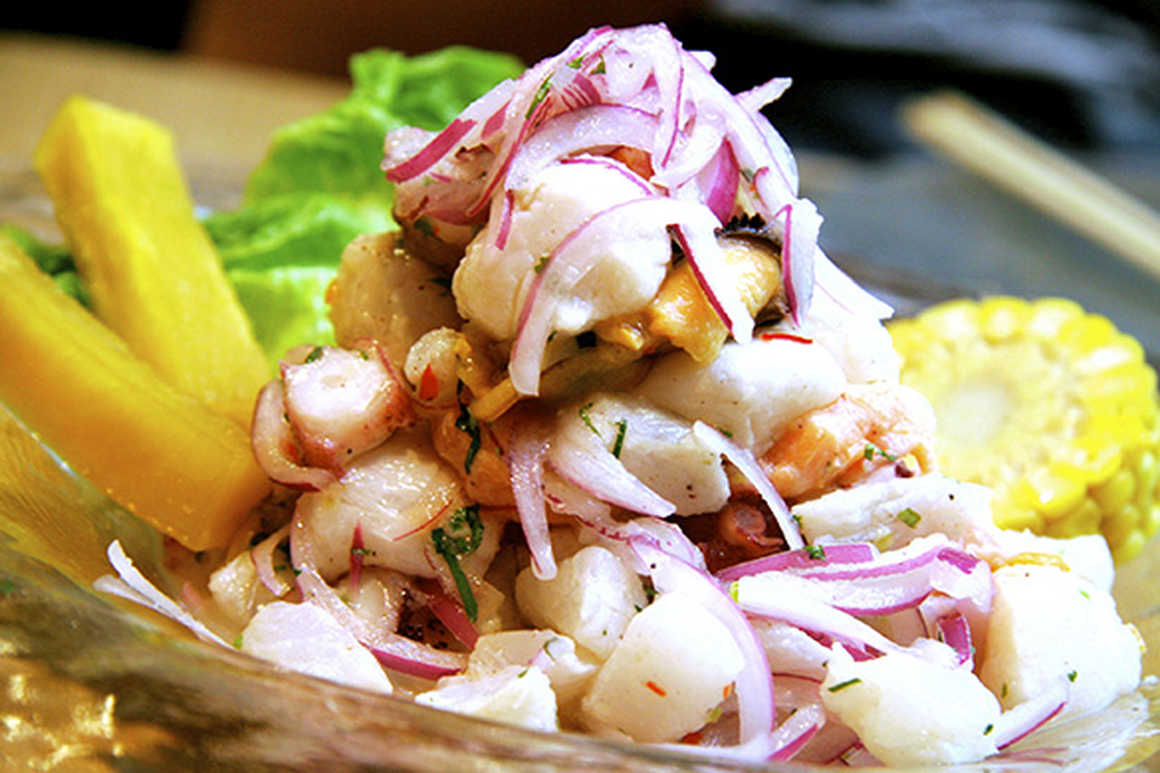 OK, I admit it – I’ve only scratched the surface here. There are stacks of other amazing traditional Peruvian dishes to try such as Ceviche; raw fish ‘cooked’ in citrus juices and considered by some to be Peru’s national dish, Lomo Saltado; a heart beef stir-fry usually served with white rice, Alpaca Jerky; if you know what an alpaca is, and you know what jerky is, I’ll let you work this one out for yourself. Who knows? It might be the ideal trekking snack.

Drinks-wise, if you fancy a beer or twelve to celebrate completion of the Inca Trail, Cusqueña is perhaps the biggest and best-known national brew, with Cristal and Pilsen Callao also popular choices. Alcohol aside, for sheer novelty value the mega-sweet and fruity Inca Kola is a must-try.