The time zone in Svalbard is GMT +1

The local language of Svalbard is Norwegian and any attempts to communicate in this dialect will be appreciated. However, most people on the island will also speak English.

The Norwegian Krone can be purchased in advance, but many stores will also accept Euros, Sterling and US Dollars. If you want to change money on arrival, there is an ATM in Longyearbyen. International credit cards are widely accepted but will be subject to fees from your bank. If you are planning on using a credit or debit card, even if for emergency use, make sure that you tell your card issuer where you will be travelling. Otherwise you may find that it won’t work when you need it most.

Electrical sockets in Svalbard are type F – standard European style with two round pins – and are 230v. However, for the majority of your trip you will be out in the wilderness where there is no electricity. We recommend you ensure everything is fully charged before leaving Longyearbyen and for the really essential equipment like your camera, make sure you have packed some spare batteries.

Strong winds are a common occurrence in Spitsbergen due to a phenomenon called katabatic winds. As the sun warms the air, this air rises and the cold air around the glaciers flows with gravity down the glacier to the sea. The strength of the wind depends on the size of the glacier, with maximum speeds of around 80kph / 50mph. The weather is usually calm in June and July, with the north winds beginning to blow in August. The wind direction can vary depending on the fjords which will channel the wind – the north and south facing fjords are the most exposed. There may also be low cloud cover and fog over the mountains during the summer. The weather is very changeable and poor weather does not normally persist for more than 2 days.

The average annual rainfall in Longyearbyen is just 200 mm, the record rainfall for a single month only 56 mm. With such low rainfall, Spitsbergen is officially classed as a desert and forms part of the largest desert on earth, the Arctic polar desert. Rain showers are extremely rare, and when they do arrive it is just a light drizzle which only lasts for a few hours.

Often referred to as the land of polar bears, the presence of bears in Svalbard has a huge impact on daily life. While you may be lucky to see a bear on your expedition, the aim of our expeditions is not to go searching for polar bears; in fact we may even amend our itinerary to move away from an area if bears have been sighted. There are numerous safety rules in place should we encounter a polar bear. Our guides are licenced to carry an obligatory weapon out in the wilderness but this would only be used as a last resort. 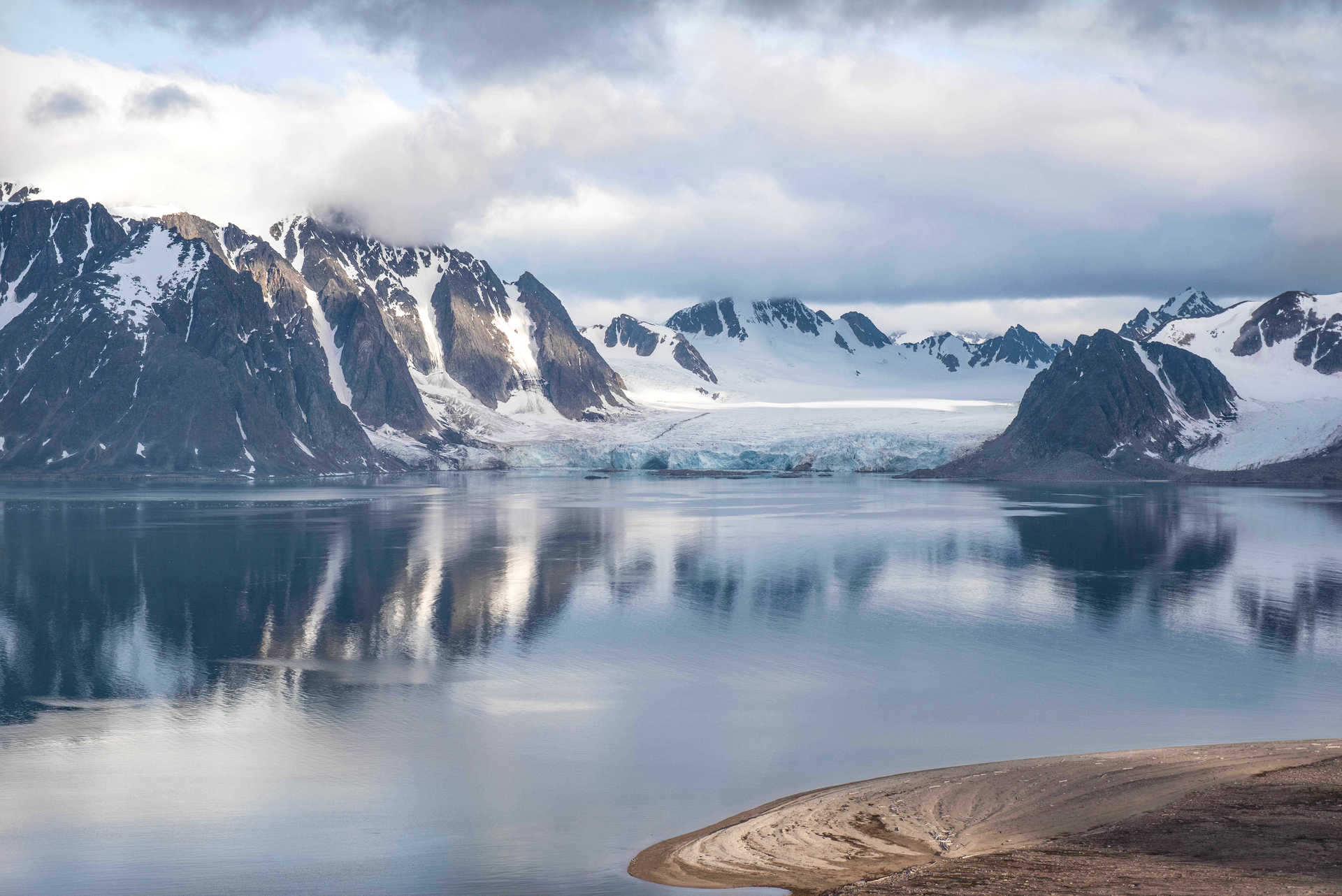 The Svalbard islands are located between 74° and 81° north, the most northerly part of Europe extending well into the Arctic circle. This region comprises one of the largest deserts on earth, the Arctic polar desert. Despite not fitting into the traditional view of a desert (ie hot and sandy!) the low annual rainfall is low enough to class it as a desert.

This is a stark environment. Around 60% of Svalbard is covered in glacial ice and 30% is barren rock, with mountain peaks rising up to 1700 metres. Just 10% of the land is covered in vegetation.

Svalbard is a land of extremes. During the polar night, from November to February, it remains dark with only moonlight or the northern lights providing any light when the sky is clear. Then from mid April to mid August, the sun never drops below the horizon as Svalbard enjoys the midnight sun.

The arctic climate creates a harsh environment but it is also surprisingly fragile. It is vital that human activity does not have catastrophic effects on these remote areas which are so vulnerable to external influences. Kandoo have long been a supporter of Leave No Trace and we apply these principles in Svalbard as we do in all our destinations to ensure that we help to preserve these unique environments. 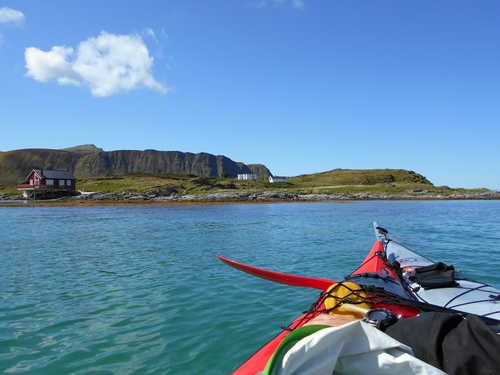 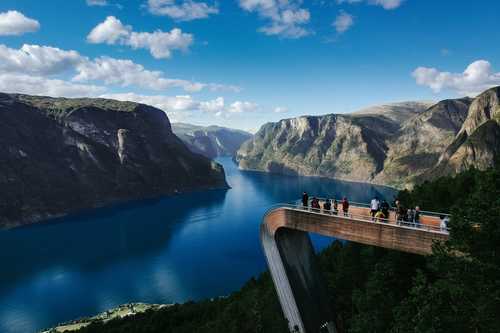