The time zone in Indonesia is GMT +7

The official language of Indonesia is Indonesian, spoken by 94% of the population.

The currency in Indonesia is the Indonesian Rupiah (IDR). You can withdraw local currency from ATMs in the country or exchange cash at exchange offices in the airport and larger towns.

The cost of an average meal in Java is between $3 and $8. On Bali that increases to $4 to $11. When purchasing souvenirs, we ask our guests to respect the Species Protection Agreements (CITES) which protects 2,500 species of animals by prohibiting the trade of hides, scales, corals, shells and live animals.

Indonesia lies on the equator and as such, there is little variation in climate over the course of a year. There is no extremes of summer and winter and just two main season, wet and dry. The wet season runs from November to April and dry season May to October. The climate is tropical with dense rainforests covering the interior of nearly all the country’s main islands. Humidity is generally between 70% and 90%. Cooler climates can be found in the mountainous areas above 1500m.

On Java and Bali during the dry season you can expect temperatures between 20 and 27°C with humidity around 80% and a possibility of some rainy days. 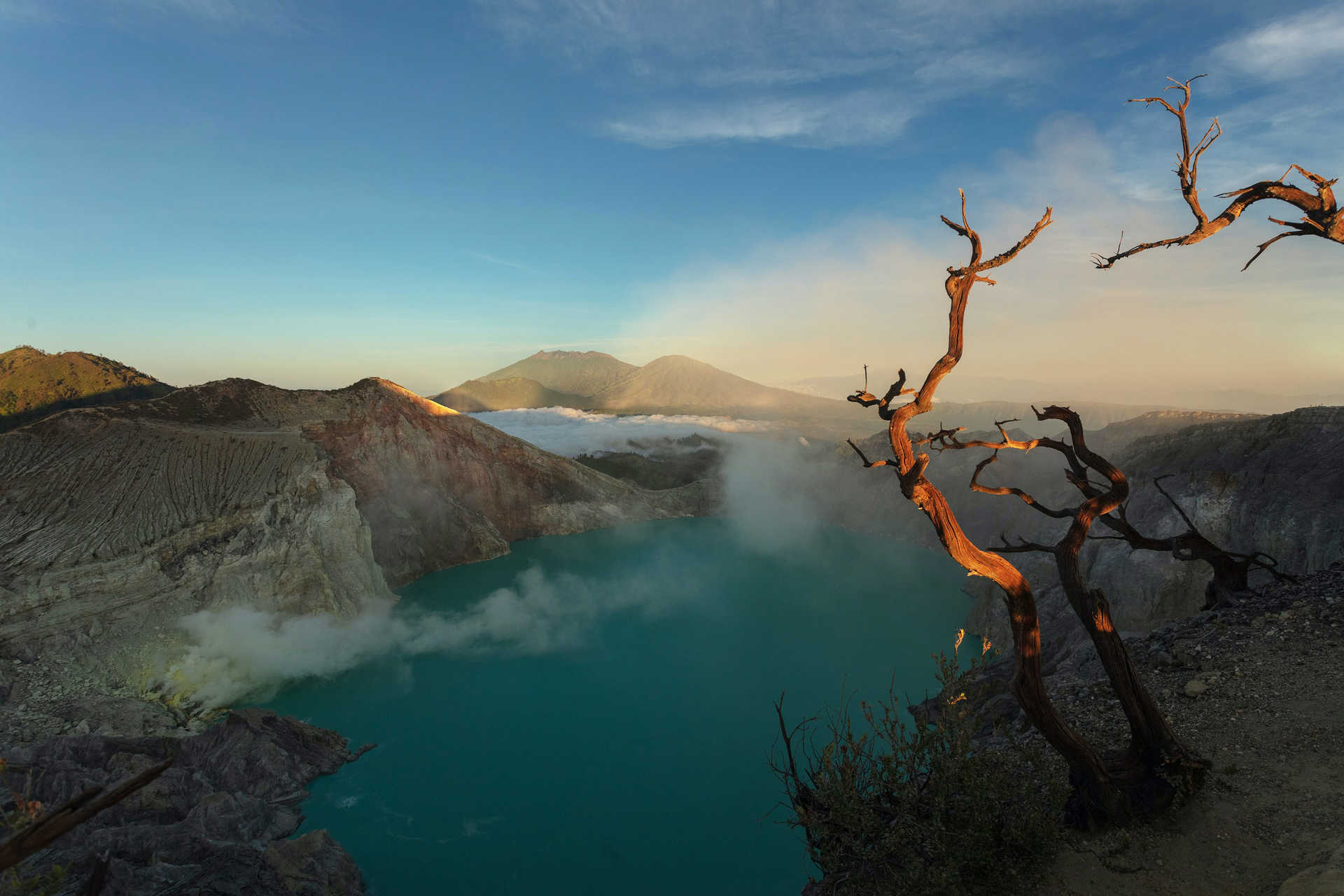 The republic of Indonesia is in south east Asia between the Indian and Pacific Oceans. The country is comprised of over 17,000 islands, the largest being Sumatra, Java, Sulawesi, Borneo, New Guinea and Java. Indonesia has a population of over 265 million people making it the 4th most populous country in the world, the majority of the population live on the island of Java, the worlds most populous island.

Indonesia lies on the Pacific ring of fire and experiences frequent earthquakes. A string of volcanoes runs through Sumatra, Java and Bali. There are around 147 volcanoes in the country of which roughly 75 are still active.

Despite its large population, Indonesia has vast swathes of wilderness and some of the highest levels of biodiversity on the planet. Many of Indonesia’s islands were once joined to mainland Asia and others were once joined to Australia. This has resulted in flora and fauna which is a mix of Asian and Australasian species. Around 70% of Indonesia is covered in forests and the country is home to a staggering 1,794 bird species. There are also numerous species of mammals including Komodo dragons, Sumatran orangutan, javan rhinoceros, Sumatran tiger and pygmy tarsier.