The time zone in Argentina is GMT -3

Spanish is the official language in Argentina. There are still a few peoples who speak their own Amerindian language, among the most important being Guarani and Quechua. Also not to be forgotten is Lunfardo, a slang that originated in the neighbourhoods of Buenos Aires in the 19th century, some of whose words have become part of the popular language. Lunfardo is also the language of tango.

In Argentina the currency is the Argentine Peso (ARS)

We do not recommend the use of traveller’s cheques as they are often impractical.  Bank cards are widely used for most things but it is best to use Visa as Mastercard is not commonly accepted.  Your guide will show you the best places to change currency at the best rate.  It is best to take Euros or Dollars with you and exchange locally.  The official exchange rate offered by banks and ATMs is not good.

In Argentina and Chile mains electricity is 220v 50Hz. There are two plug types. 3 flat prongs or two round prongs (Standard European style). We recommend you purchase an adapter in Buenos Aires on arrival as they are very cheap and easy to find.

The weather in Patagonia is notoriously changeable and it is not uncommon for trekkers to experience four seasons in one day. The region is also well known for its ferocious winds that can reach up to 120 miles an hour in the most extreme cases!

The most common time to visit Patagonia is during the summer months of December to February. At this time, you can expect daytime temperatures between 6 °C and 20 °C. Night time temperatures could go as low as 0°C. The wind can be quite strong during the summer and there is always the possibility of rain. However, when it is not raining the skies are generally clear providing great views. The landscape is green, in the height of its growing season and there is plenty of wildlife about.

In Spring time (September to November), it is cooler with average temperatures between 3°C and 17°C. Night times may still drop below zero and there is the possibility of strong winds and rain. The advantage of visiting in spring is that there are far fewer people on the trails and the refuges and campsites will be much quieter.

In Autumn (March to May), it is starting to get really cold and there is the possibility of snow. On the other hand, there is very few people around and it is a fantastic time to see wildlife such as pumas! In winter, temperatures will rarely go above 5°C and night times will be well below freezing. The landscape looks incredible under a layer of snow and ice but the conditions are extreme to say the least.

We recommend that you wear your walking boots to travel and pack as many essential items as possible in your carry-on luggage for your trekking tour around Patagonia. If your luggage is delayed we can then do our best to kit you out to start the trek on time. In the event that your luggage is delayed or lost, our procedure is as follows:

Patagonia is a sparsely populated region at the southern most tip of the Andes Mountain range, it covers parts of Argentina and Chile. Well known for its mountains, fjords, lakes and glaciers, it is bordered by the Pacific Ocean to the west and Atlantic Ocean to the east. To the south, various bodies of water connect the two oceans, the Strait of Magellan and the Beagle Channel are the most well known.

The South Patagonia Ice Field is approximately 350km long and covers an area of 12,363 square kilometres. It supports dozens of glaciers which flow either west into the Pacific or east into the Atlantic. With Kandoo Adventures you can visit two of the most impressive of these glaciers, the Perito Moreno Glacier in Argentina and Grey Glacier over the border in Chile which flows into Lago Grey in Torres del Paine National Park. There are two volcanoes buried under the ice field, Lautaro and Viedma. Due to their inaccessibility, buried below the ice, they are among the least researched volcanoes in the world.

Patagonia is home to a wide range of amazing wildlife including Mountain Lions, also known as Cougars or Puma. Other species to look out for are the Patagonian Grey Fox, Guanaco, Patagonian Armadillo and the iconic Andean Condor. There are 60 different mammal species in the region and nearly 400 different bird species. 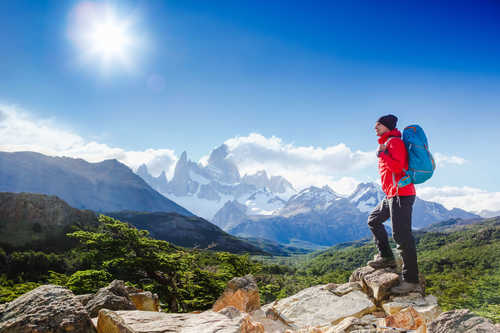 5 reasons Patagonia is one of the best adventures on Earth 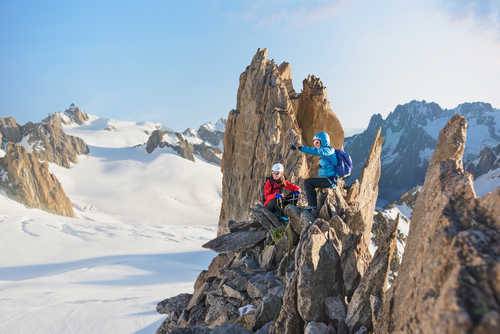 What mountain climbing can teach you about yourself