The official language in Tanzania is Swahili but English is also widely spoken in towns and cities.

The Tanzanian Shilling is a closed currency so you will not be able to buy this before you arrive. It is advisable to travel with US Dollars, as these are widely accepted. It is very important that US bills be new (post 2006), crisp and untorn. If you want some local currency to purchase snacks or drinks either at your hotel or on the way to the climb then we can take you to an ATM or bank. There is also a currency exchange as you go through to the Baggage Collection area of the airport.

If you are relying on a credit or debit card for emergency funds, make sure you tell your card issuer that you will be using it abroad, or you may find that it won't work when you really need it.

Please Note that not all hotels can accept card payments so you may need to use an ATM to access funds.

There are 2 types of electrical sockets in Tanzania – type G which are the same as those in the UK (3 square pins) and type D which are old UK style (3 round pins) and are 220v, same as the UK.

You should be OK just relying on the UK plugs, or you could pick up a worldwide adaptor just to be on the safe side. The type D socket is commonly found in India, so any adapter that is suitable for India will be the right size.

The short answer is to either go between May and October, or December and March.

Of course, most people want to climb Kilimanjaro when it is dry, so if you choose one of these two periods you can expect to meet a lot of other climbers. To mitigate this, choose one of the less popular routes. The Northern Circuit is a great choice at this time of year. If you want to climb when it is quieter, or during one of the rainy seasons, then look at the Rongai route. It lies in Kilimanjaro's rain shadow and is much drier all year round.

Our procedure for lost or delayed luggage is as follows:

We will do everything we can to help if your luggage is lost or delayed but all additional out of pocket costs have to be paid locally and should be charged back to the airline or your insurers. This includes the cost of taxis for shopping, repeat trips to the airport to collect bags and transporting your bag to you on the mountain. 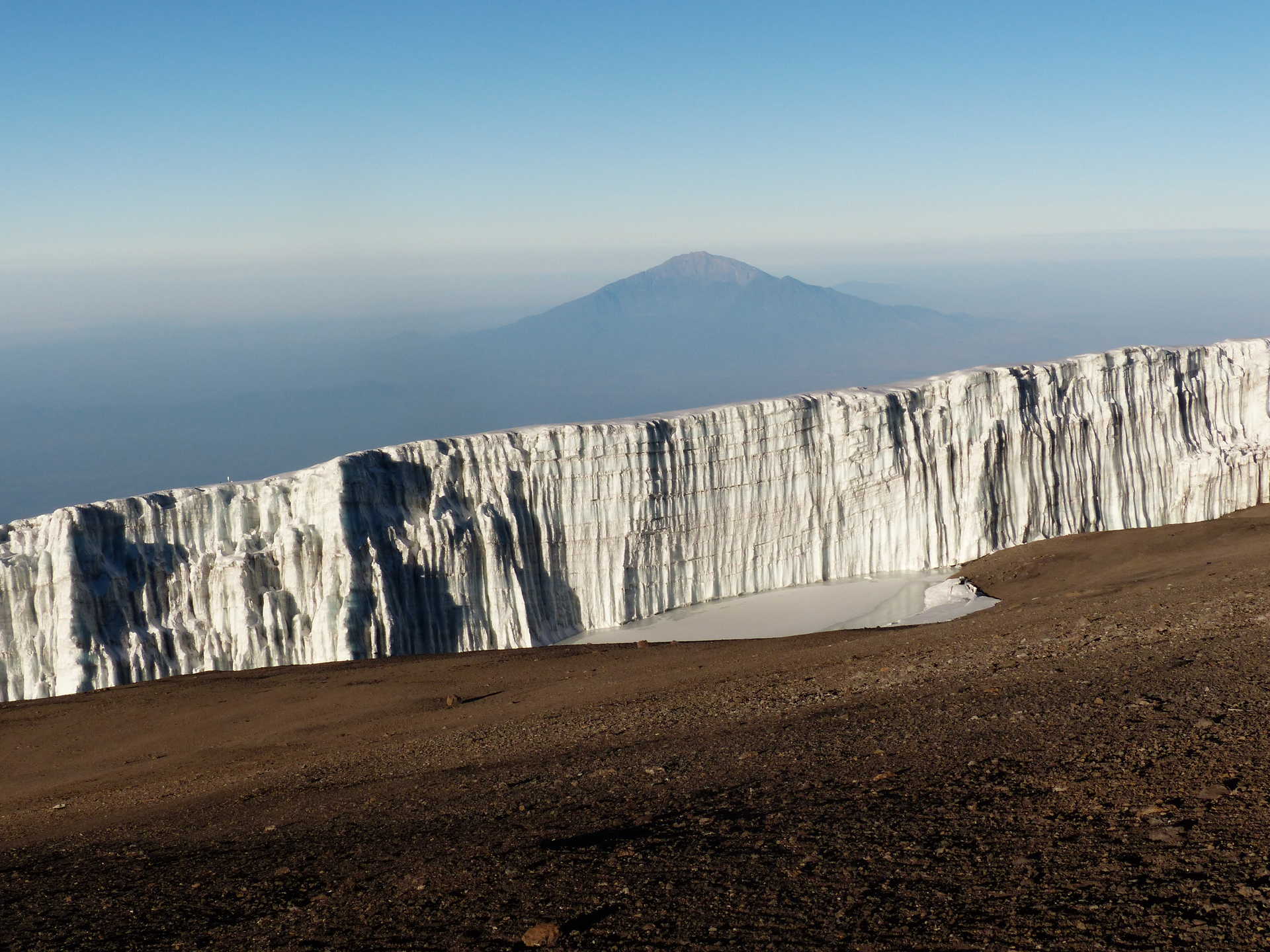 Kilimanjaro is what is known as a strato-volcano. This basically means it is one very big ash pile built up over the course of many eruptions. Fortunately it is now dormant. The last major eruption was about 360,000 years ago. Kilimanjaro has 2.2 square kilometres (0.85 sq mi) of glacial ice but is losing it quickly. The glaciers have shrunk 82% since 1912 and declined 33% since 1989. It might be ice free within 20 years.
As you climb Kilimanjaro you pass through 5 distinct climate and vegetation zones. On the Lower Slopes between 2,600 feet and 5,900 feet, the climate is tropical. The Rain Forest zone between 5,900 and 9,200 feet receives the highest amount of rainfall, up to 78 inches per year. The moisture results in a belt of dense tropical rain forest. The moorland zone is between 9,200 feet and 13,100 feet. This is covered with heather and bright flowers. Between 13,100 and 16,400 feet there is a semi-desert region that receives less than 10 inches of rain annually. Only plants such as moss or lichens can survive here. The summit zone above 16,400 feet is an icy wasteland, baked by fierce sunshine during the day and frozen at night. The thin air here contains half as much oxygen as at sea level.

In spite of the tough climate there are over 140 species of mammals living on Kilimanjaro. At least seven larger mammal species have been recorded above the tree line including tree hyrax, grey duiker, red duiker, eland, bushbuck, buffalo and elephants. Three primate species also live in the montane forests: blue monkeys, black and white colombus monkeys and bushbabies.

How Much Commitment It Takes to Climb World's Famous Mountains [Infographic] 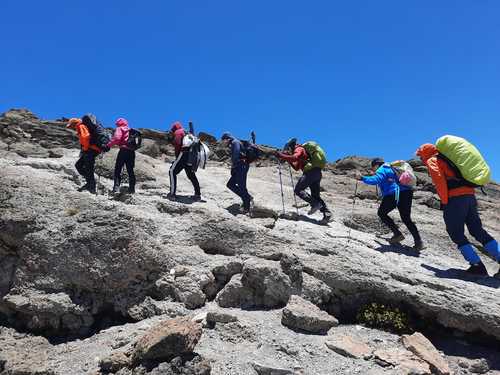