The time zone in Greenland is GMT -3

The official language of Greenland is Greenlandic.
Danish and English are learned in schools and are widely understood.

The currency is the Danish Krone (DKK).

In the larger towns, you can withdraw money and pay using most common credit or debit cards. We recommend carrying some cash to avoid disappointment when card facilities are not available.

Please budget for drinks, tips, personal expenses and any meals not included in your trip. Expect to pay at least 200DKK for a meal.

Year round the temperatures in Greenland can range from -25°C to more than 20°C (-13°F to +68°F). The air is low in humidity which means that the temperatures do not feel as cold as you might imagine and that the views are amazing. Generally speaking Greenland is not very windy and the warmest months are June - August.

The length of the day varies significantly throughout the year. The shortest day of the year is 21st December with no sunlight! The longest day, with 24 hours of sunlight, is 20th June. You can see the midnight sun from May - July and the Northern Lights in the darker months. 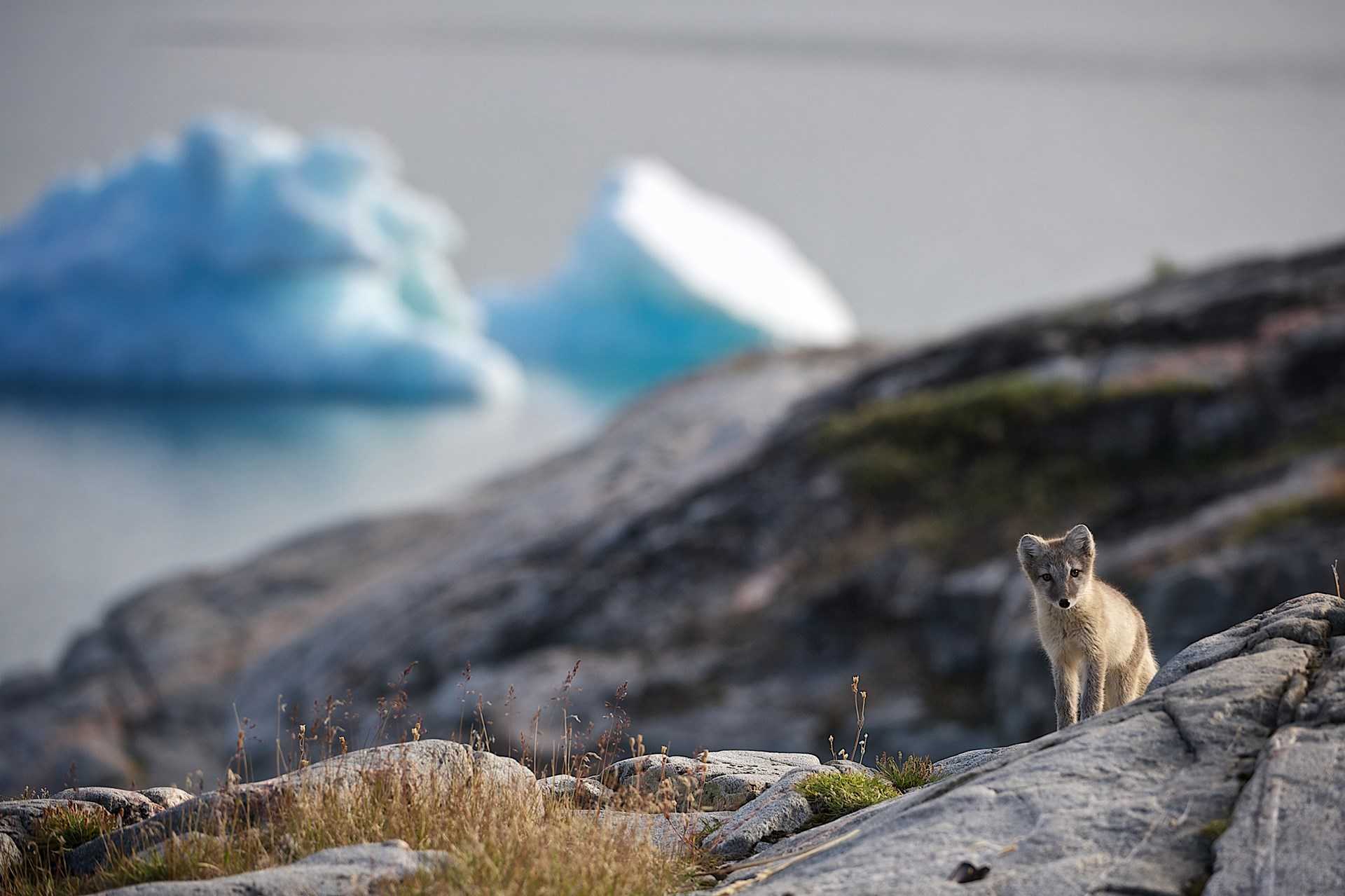 Greenland is part of the Kingdom of Denmark but is politically autonomous. The largest island in the world and home to the second largest ice sheet on the planet. The highest point on the island is a peak named Gunnbjorn Fjeld at 3700m, part of the Watkins Range on the east coast.

The few land mammals to inhabit the island include polar bears, reindeer, arctic fox, musk ox and arctic wolf. Bird species include snow bunting, ringed plover, snowy owl and white tailed eagle. There is an abundance of sea birds nesting in the high cliffs such as auks, puffins and skuas.

Greenland is sparsely vegetated, the little land that is not covered by the ice sheet is mainly grassland and small shrubs. Common trees found on the island are birch, willow and juniper. Interestingly, there is an incredibly diverse range of lichens found here, over 950 different species.

With a population of just 56,081. Greenland is the least densely populated territory in the whole world.