The time zone on Réunion Island is GMT +4

The official language on Réunion Island is French. French Creole is widely spoken and also Tamil is some areas.

The currency is the Euro (EUR)

You can withdraw Euros from in-country ATMs and credit cards are widely accepted in the towns. Isolated areas like small villages or mountain refuges are generally cash only.

We will do everything we can to help if your luggage is lost or delayed but all additional out of pocket costs have to be paid locally and should be claimed back from the airline or your insurance company.  This includes the cost of taxis, shopping, repeat trips to the airport to collect bags or transporting your bag to you. 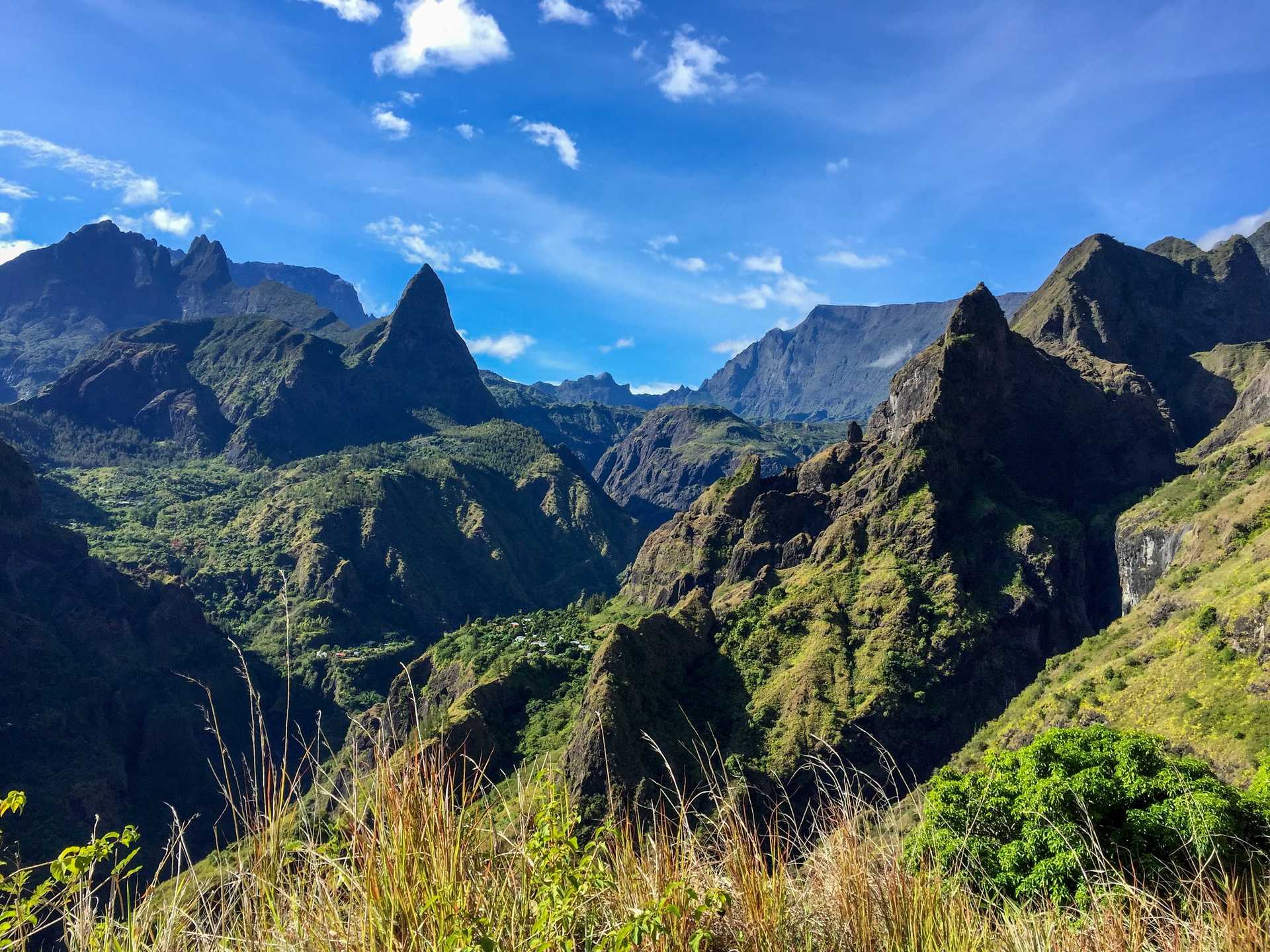 Reunion sits in the Indian Ocean 175km south west of Mauritius and 858km east of Madagascar. More than 40% of the Island is classified as UNESCO World Heritage. The island has a surface area of 2,512km² and a population of 850,000 inhabitants. The main religion is Catholic (72%) but there are also Hindu, Muslim and Buddhist communities. Languages spoken on the island are French and Creole.
Piton de la Fournaise in the south east of the island is one of the most active volcanoes in the world and has erupted more than 100 times since 1640. The peak is under constant monitoring and last erupted in July 2019. It was this volcanic activity that formed Reunion, Mauritius and Rodrigues islands over 3 million years ago.
The west coast of the island is ringed by coral reef and supports a vast array of marine life including dolphins, conger eels and parrot fish. In June to September, humpback whales migrate to the island from the cold antarctic waters to breed and feed. The island is also home to 91 different species of birds as well as rusa deer and the beautiful panther chameleon.