The time zone in Oman is GMT +4

The language in Oman is Arabic.

The currency in Oman is the Omani Rial (OMR). In Dubai the currency is the United Arab Emirates Dirham (AED). For the latest exchange rates please see www.xe.com

On the Musandam Peninsula the United Arab Emirates Dirham is commonly used. We recommend using Dirham rather than Rial. ATMs are widely available or you can exchange money at Dubai Airport.

Along the coast of the Gulf of Oman, the weather is sunny all year round with occasional winter rains possible on the Musandam Peninsula.  An average of 15-20mm of rain will fall between December and March.

In summer the area is very hot with an average temperatures of 38°C but highs of 50°C are possible. The scorching temperatures are made more oppressive by high humidity off the sea. The summer monsoon from mid June to mid September brings some rain to the south eastern parts of the country.

In winter the temperatures are much more pleasant with an average of roughly 20°C. The best time to visit the Musandam Peninsula is between October and April when you can expect lovely warm days with the possibility of a little rain.

Although the weather is very warm during the day, the nights next to the sea can be much cooler so you will need something warm to wear in the evenings. 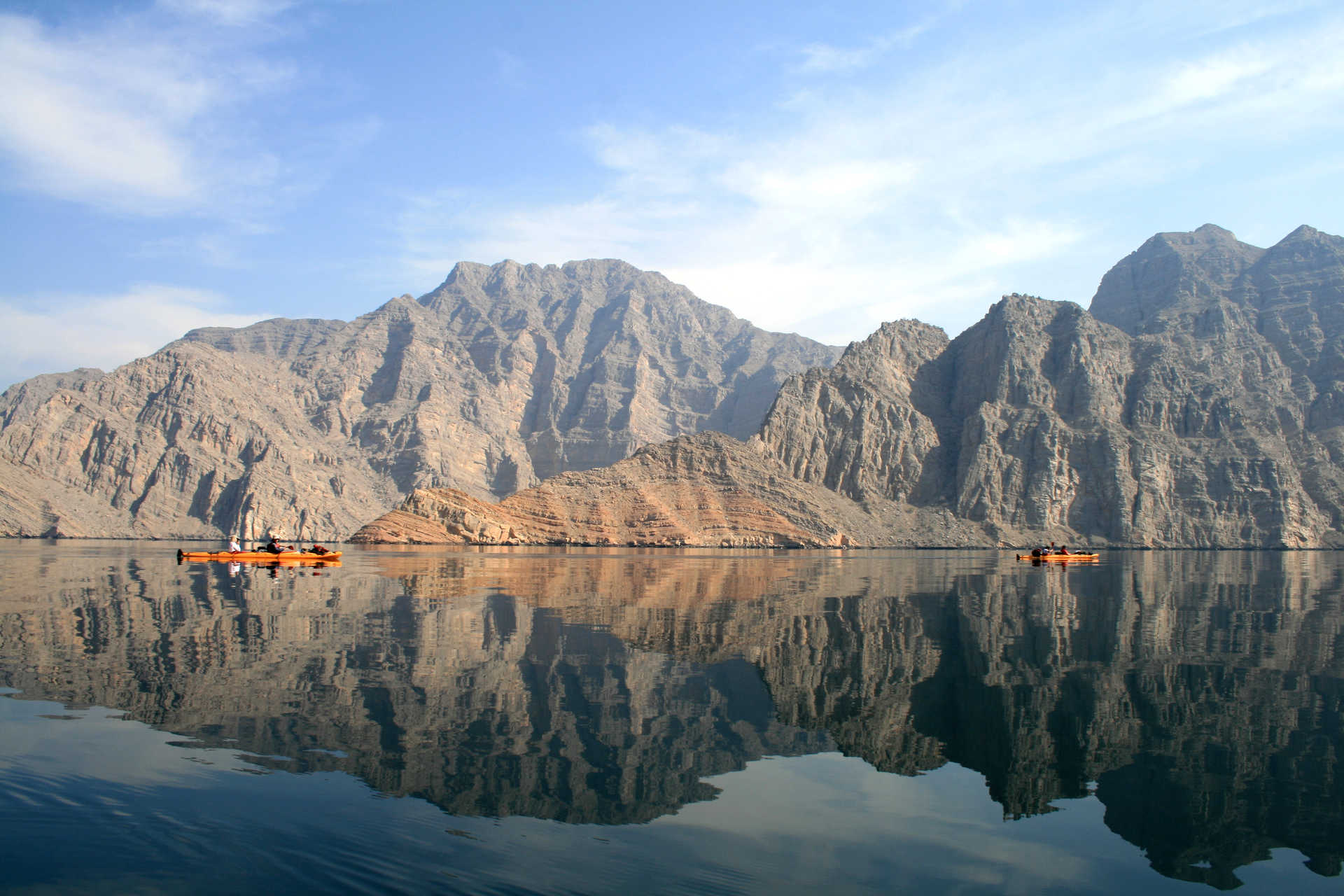 The sultanate of Oman is located on the south east coast of the Arabian Peninsula. It borders the Untied Arab Emirates to the north west, Yemen to the south and Saudi Arabia to the west. The enclave of Musandam is part of the sultanate but separated from the rest of the country by the United Arab Emirates.

Oman’s climate is hot and dry in the interior which is mostly desert, and humid along the coasts. The Al Hajjar Mountains run along the northern coast and the Dhofar mountain range can be found in the south east. The highest point in the country is the peak of Jebel Shams at 3009m, located in the Hajjar range.

Indigenous mammals include the Arabian leopard, hyena, fox, oryx and ibex. There are over 400 different bid species including the endemic white collared kingfisher. In the warm waters of the Arabian Sea and the Gulf of Oman you can spot endangered green turtles and the critically endangered hawksbill turtle.